Showing posts from November, 2015
Show all

Public Service with a Prayer

- November 30, 2015
Talk about history. In the city of Zaragoza there is a Catholic brotherhood that came into being back in the thirteenth century. It's the Hermandad de la Sangre de Cristo . (The Brotherhood of the Blood of Christ.) Apart from praying and interceding for those who request it, they have a very special job. Almost from the inception of the brotherhood, these men were charged with attending those about to receive the death penalty and afterward interring their bodies; as well as picking up bodies of those who died a violent or unnatural death.  Throughout almost eight hundred years, that is what they've done, without being paid. And that's what they still do. The only thing that the city pays the brotherhood is the vans they need, the salaries of a few helpers, supplies, and classes to acquire the knowledge they now need when dealing with a crime scene, and to lessen any biohazard they may encounter. That's quite a tradition. And evolution. They have evolved from selfless
Post a Comment
Read more

Sunday mornings. Those two words bring to mind lounging in bed, reading the paper, sipping coffee, and brushing crumbs from the sheets. They bring to mind moments that I wish existed, but don't. Not any more. When I was a child in Boston I remember watching the cartoons on channel WLVI 56 on Sunday mornings. That was after I had exhausted my favorite ones on other channels. I had a television in my room then, and on Sunday mornings I remember the sun passing by the window and me playing in and on the bed while the television was on. I would reluctantly get up and get dressed when the first movie came on, around twelve. My mother could tell me to get up all she wanted, I was staying there until midday. Then, I got older and I got up earlier, but never before nine. After a week of getting up at seven while in primary school, and at six while in high school, nine seemed a more decent hour to me. Not eight thirty, not eight fifty, but nine o'clock on the dot. And if nine fifteen,
Post a Comment
Read more

The mind is a mystery. It depends so much on the little, outside things. How you face a day is sometimes out of your power. Something will always color your eyesight and tint your perception of whether it's a good day, a bad day, or a weird day.  Earlier this week I got up after a night of tossing, with a headache. It was gray and chilly. My headache wouldn't go away until mid-afternoon. I felt depressed, blue, and strange. I put the blame on the headache and the grey weather. But a couple of days later, I woke up with a headache after another troubled night. The morning started off grey. My headache wouldn't go away, even with a stronger medication. But I wasn't depressed. I was motivated enough to go out and do some errands I had been putting off. Last night my last class was a conversation class. My student is a nineteen-year-old trying to finish high school once and for all. Normally two others show up, but not last night. He's an intelligent boy and we bega
Post a Comment
Read more 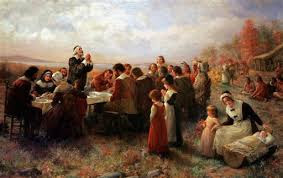 The day for families to gather together and enjoy each other in Spain, is Christmas. To be home for Christmas Eve is what Spaniards all over the world dream of. It's the evening to gather together around the table and eat till we get heartburn. It's when grandparents expect grandchildren they haven't seen since summer or the year before. It's when all the supermarkets close early and people have to be routed out of the aisles with last minute forgotten items. It's when brothers living hundreds of kilometers apart get together and remember childhood battles. It's when businesses close early and bars fill in the afternoon with pre-revelry toasts to friendships. It's the day we give thanks for what and whom we have. But not in the United States. There, the day to get together is Thanksgiving. Yes, thank the Pilgrims. But thank the Pilgrims also for Christmas being in second place. Because the Pilgrims outlawed Christmas. They considered it a "popish"
Post a Comment
Read more

Shop Till You Drop 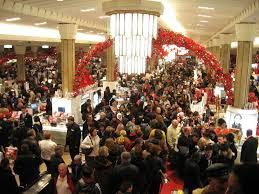 Black Friday. A black tradition, if ever there was one. A day of frenzied shopping and shoving and spending and insanity in general. A way to twist the very laudable tradition of giving into a wasteland of unneeded and unwanted junk. Stocking stuffers galore that after a week turn into store room stuffers or garbage stuffers. Large department stores that rub their hands in glee as unwitting consumers fall for the gaudy decorations and screaming offers of savings, discounts, sales, once-in-a-lifetime steals. Something so good couldn't remain confined to the U.S., or to one day. All this week in Spain we now have Black Friday Deals.  It used to be that gifts in Spain were given only on Epiphany, mimicking the arrival of the Magi with their three gifts at Bethlehem. Those presents were mainly for children and were bought in the last two weeks of December without frenzy, quietly. The frenzy came on the seventh of January, the first day of the winter sales. That was the day of the big
Post a Comment
Read more

You Gonna Eat That?

- November 23, 2015
I remember school lunches in Boston as being a celebration of mostly fried foods, so processed they no longer resembled the name given them. You were never sure if you were eating breaded chicken or breaded fish, for example. I rarely bought one because I usually brought a sandwich for lunch. But the little I recall of them, they weren't exactly healthy. Though that was Boston in the eighties, before child obesity became one of the foremost problems of childhood and adolescence. Lately, I've seen comparisons of school lunches in the U.S. with lunches in Europe. The U.S. still fares poorly. But it still fares better than Spain. Ever since school lunches have been mostly outsourced to catering businesses, lunch has become a Russian roulette of spoiled meals, or raw dishes, or too little food. The regional government's attempt to save money has meant children who eat at school might or might not end up eating healthily.  The catering businesses have to bid to get the contr
Post a Comment
Read more 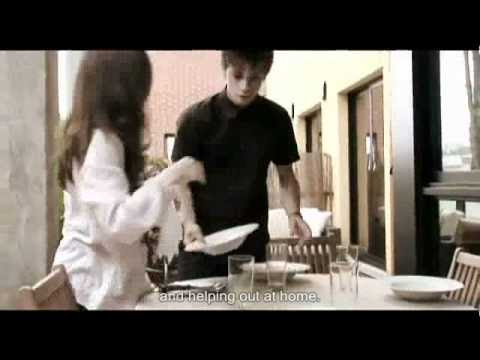 It is a regional habit here to be humble.  Generally, that can be ascribed to the fact that in other areas of Spain, Gali cians ar e considered uneducat ed country bumpkins. We are seen as unfathoma ble, uneducat ed, and willing to work for pennies. And that, as a region, Galicia takes more than it ever contri butes to the rest of Spain . Other regions, such as Catalu nya have protested, for example, against investing in high-sp eed rail to Gali cia, saying that money is money lost. We let the central government respond by delaying its completion. In truth, we do no t do much to protect our interests. We had two independent banks found ed in Galic ia that were bou ght by a Venezuelan bank and a nother based in Madrid . The savings banks and co-ops we had were fi rst fused into one bank, then sold off to the same Venezuelan bank and ma de into a regular bank. We had a fiber optic company that was sold to an English firm. We had an e nergy company that was bought by a Ca talan
Post a Comment
Read more

Forty years ago today, Spain changed. It began with a death. The death that was announced on black and white national television by the teary-eyed Prime Minister, Carlos Arias Navarro. "Franco ha muerto." The fascist dictator of Spain for almost forty desolate years was eighty-two years old. He had been in and out of the hospital for the past year. One could say he died of old age and the complications of Parkinson's disease. But before he died, in September he signed the last death sentences for five men. They were the last to be executed in Spain before the death penalty was abolished in 1978. Franco was ornery to the last.  He was buried in the mausoleum built by Republican prisoners of war under conditions Hitler would have approved of. This mausoleum, the Valle de los Caídos , has an enormous white cross. It actually occupies a small mountain that was hollowed out to create it. Driving northwest on the A-6 out of Madrid, you can see it to the left as you approach
Post a Comment
Read more 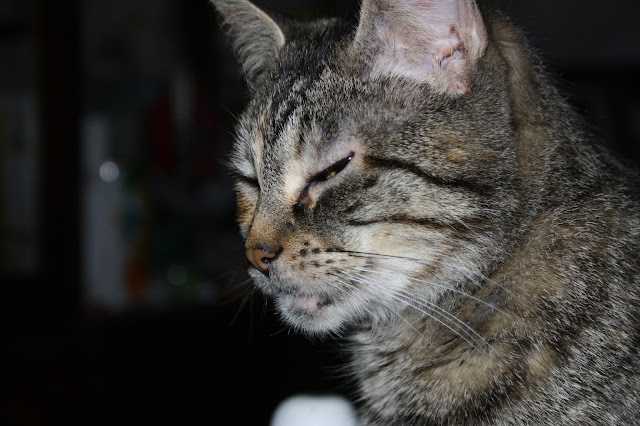 Tigresa was anything but a tiger. If a stranger came to the house, she was the first up the stairs and under a bed. The other cats would sometimes fight her and put her in her place. She got that name because ten years ago, when she was a kitten, in her coloring some stripes were visible, so my daughter named her Tigresa.  She considered me her primary friend. She would always come to me to ask for food and cuddles. But she wasn't a lap cat. When I picked her up, she preferred to be held like a baby and for me to squeeze and cuddle her, scratch her under her chin and at her breastbone. And she would purr and stretch and close her paws as if she were kneading. At night her favorite place to sleep until about two years ago was me. I would wake up, feel a weight on my legs, and there she would be, lying in the hollow between my two legs, all stretched out, head on paws, sleeping. And then I wouldn't be able to move most of the night. I was her favorite person; she would tole
2 comments
Read more

The Bell Tolls for Thee

When I was a teenager in Boston, I worked after school at Harvard Medical School in the old Physiology Department. I did menial work. I would run errands, do odd office work, or wash glassware in some laboratories. I came to know, in the head office, a true lady in the old sense of the word. She was the administrator to the head of the department and had plenty o f responsibility . The secretaries of the department office held her in awe and considered her a small ogre, however just, to be frightened of. They never understood how she and I got along so well. There was a sense of equality between us that always made me remember Anne of Green Gables and her "kindred spirits". After my work was done, generally after normal office hours, I would sometimes go into her office and we would talk. She was Egyptian. But she spoke French, was Catholic, and had a French given name. She could speak Arabic, which she spoke with some friends in her childhood and on the streets, but she coul
Post a Comment
Read more
More posts