Showing posts from November, 2016
Show all

To Each, a House 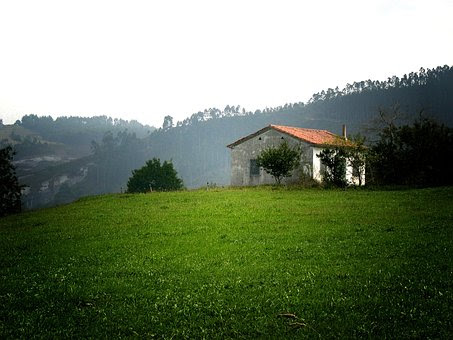 The culture of buying and selling individu al houses is not common in rural Spain. Whereas, in the United States, and in some large cities here, the norm is to buy a house, then sell and move whenever you feel it's necessary, here, that is largely unknown. A house here is something that has been in the family for generations. Or a new building that will be passed down to the coming ones. It is something to be cherished and cared for, never sold unless a calamity descends. The tradition in Galician villages, was for the child who stayed home to care for aging parents, to inherit the family home. The other children had to find their way in the world, and try to build their own homes. Some did, others married someone who would inherit, still others emigrated. Those who emigrated sometimes built a house here for their retirement. Especially notable are the ornate mansions in the north of A Coruña and Lugo, built in the early twentieth century by emigrants to South America and Cuba
Post a Comment
Read more 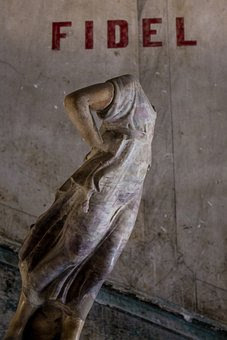 This is the year of the impossibles, the nevers, and the surprises. The who-would-have-thought-its, and the it'll-never-happens. From Brexit, to the Colombian peace accord, to (oh, God!) Trump, and now to Fidel Castro.  I seem to be waking up this year to hearing momentous announcements on the morning radio. This year seems to want to be writ ten about in history books one day. Turning points are scattered all over the cal endar ; the latest, the end of an era that has lasted almost sixty years.  After the fall of the Soviet Union, Communism has been whittled down to just a few states; North Korea, Vietn am, China, and Cuba. Of those, Vietnam and China have evolved into a type of capitalist communism. Cuba has been th e last to begin the evolution. North Korea is stuck in a time warp, and probably will be for a while. Now, where that evolution can lead after the death of the Commandante that led the fight against the tyrannical Batista , is a mystery. I ha ve mixed feeli
2 comments
Read more 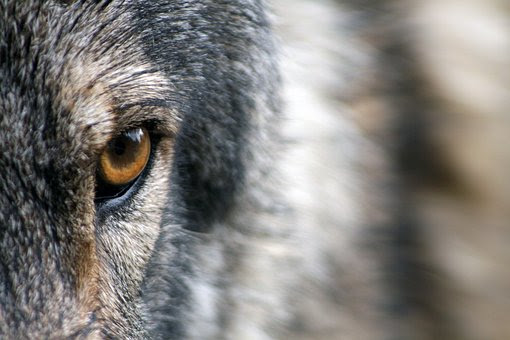 Wolves are a protected species. That said, we have to understand how they became so endangered as to become protected. Once upon a time, the greatest fear was that of encountering a wolf in the woods. Hence, fairy tales like Red Riding Hood. Wolves generally killed and ate small wild animals they found in the woods, but in times of hunger or scarcity, they weren't above trying to get into a fold and carting off a sheep or two. Or a young cal f . Or a small child. Sheep and cattle farmers, anxious for their livelihood, hunted wolves. So did folk who lived near woods. Here, near the north coast, along the Costa da Morte, there are still pits that were dug to entice wolves to fall into, where they would be killed. With enough hunting, over the twentieth century the wolf almost disappeared. Environmentalists became alarmed. Hunting stopped. Now, the wolves are on their way back. But the countryside of the 1920's has now become the countryside of the 2010's, and houses and far
Post a Comment
Read more 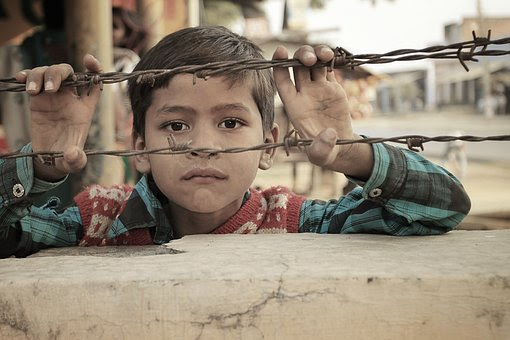 This Sunday was Universal Children's Day. It's the day that marks the anniversary of the UN's Declaration of the Rights of the Child in 1959, and the adoption of the Convention of the Rights of the Child in 1989. It is meant to promote awareness and improvement of children's welfare. We have come a ways in the Western world from the pit of child labor, where the schoolhouse for too many children were the twelve hours they spent in factories over a hundred years ago. But there is so much more to be done. In Spain, almost three million children find themselves at ris k of poverty. Of those, almost a million are experienc ing it. Only Romania has a worse situation. This is mostly as a result of the crisis Spain has gone through these past years, th ough there ha s always been poverty. Despite all the new jobs created, and the assurance from ou r go vernment that o ur economy is recuperating, these children are at serious risk of remain ing in poverty for th e rest o f t
2 comments
Read more 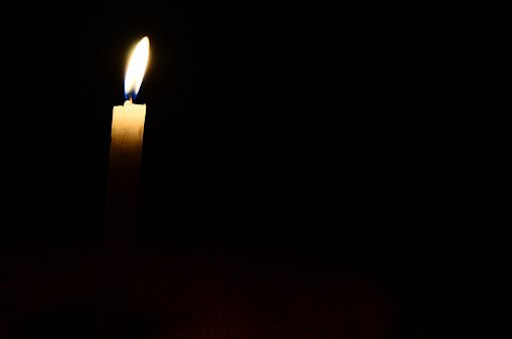 It was a chilly night. Winter was coming and there was nothing she could do about it. She pushed her wheelchair next to her bed and eased herself onto the mattress. She could still walk with help, but it was much easier to move around the small apartment with the chair. She lit the candle on her nightstand. It had been two months since the company had turned off service. Nights now came early. To save on candles she went to bed soon after nightfall. It was warmer there, too. When the electricity had been cut off, so had the heat, as her heaters were electric.  The old woman fell asleep. For the last time. A small movement against the nightstand knocked off the candle, and the covers caught fire. This happened last Monday in Reus, Tarragona. An elderly woman who couldn't pay the light bill had her electricity cut off and was using candles for light in the evenings. She had no one except a niece who came over from time to time, herself with plenty of problems. The woman's pen
1 comment
Read more

- November 15, 2016
Life goes on, day after day. Our basic needs must be met. We need to eat. That means someone has to cook. That someone is always me. Every day, at midday, I open the fridge and decide what to make for lunch. Luckily, I like to cook in general. I like good, tasty food. But that doesn't mean that having to cook seven days a week, 365 days a year, with special menus for special days, doesn't take a toll on me. There are days I wish we could order or that we could go eat out. That doesn't happen, because there are no restaurants in the area that deliver, and, economically speaking, eating out on a regular basis is not an option.  So, I open the fridge and look at my options. I made chops two days ago. I made caldo yesterday. I made a chicken stew last Thursday. I made a fish stew on Friday. I keep looking at my options. I am so jaded that nothing comes to mind. I take out a packet of pork loin chops from the freezer and something creeps into my head. Scalloped potatoes wi
Post a Comment
Read more
More posts