Showing posts from June, 2016
Show all 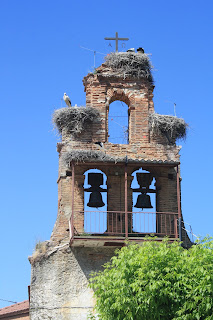 My wanderings continued yesterday after a very restful night with absolutely no outside noise, except crickets if I had wanted to open my window on a cool night. So cool, I was thankful for the two blankets on my bed. But after breakfast I had to leave the delightful pension and continue my trip.  The day before, when I arrived, I asked if the old prison at Astorga still existed, but was told it was long gone. I mentioned I had had a thought about checking to see if there were any information left in Astorga about Civil War prisoners, and the hostess said she would talk with someone she knew who might help me. Yesterday morning, an appointment was set up with him in Astorga.  I met with the gentleman and he gave me the names of various national archives where I would be likely to find the old documents about my grandfather's incarceration. One thing that Franco copied from the Germans was the love of official documents. One of the archives was the Archivo Provincial de León. Si
Post a Comment
Read more 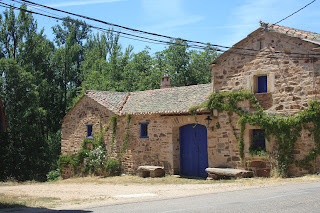 This week I have vacation. Today is my mental health day. This time, however, my husband convinced me to spend the night, as well. So I am ensconced in a lovely rural pension in the tiny town of Santa Colomba de Somoza in the Maragatería, León. There is an area in the province of León, roughly stretching from Ponferrada to Astorga, that is know as the Maragatería because that is where the Maragatos traditionally lived. These lands are rough and unyielding, so the people that settled here dedicated themselves to being the original truck drivers and transport specialists from the Middle Ages to around the nineteenth century, when the train tracks were finally laid down to Galicia. Every house here has a large portal that originally led to the stables. In them were kept various horses and mules, along with the other farm animals. Those helped them transport their goods from one point of Spain to the other. The most known route, though, led from Betanzos next to A Coruña, to Madrid.
Post a Comment
Read more

Masochism is Here to Stay in Spain 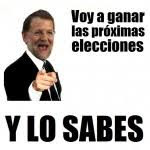 The Spanish are a masochistic people. We love to flagellate ourselves with the whip of the reactionary right. Eighty years ago, we had one of the most advanced republics in Europe. And the reactionary elements in the military stamped it out into darkness for forty years. In 1974, Portuguese armed forces and thousands of civilians marched against their Estado Novo and performed an almost bloodless coup. They effectively threw over their Fascist state. In Spain, although there were protests and talk, we let our dictator die in his bed, in peace, in power. We only changed our political system afterwards. And forgave our totalitarian fathers and all they had done. And that is what we have done a gain this Sunday. We have forgiven the conservative PP all the scandals, all the money laundering , all the misbehaving they have done. We have effectively put them back in power after complaining, marching, and protesting against their reactionary ways. Marches of thousands of people have pete
Post a Comment
Read more

- June 26, 2016
Changeable weather will often bring colds. One day it's beautiful, short sleeves and shorts the only way to dress. The next day, I dress the same, thinking the good weather has come to stay. Until wherever I'm going is misty and cool. And I've forgotten to bring an auxiliary sweater. Then, on the next summery day, my throat and nose decide to punish me. Winter invites warm soup, hot drinks, hearty stews. Which is good, because doesn't the saying go, "starve a fever, feed a cold"? And when you have a runny nose and a scratchy throat something warm sounds delicious. But in summer other things beckon. I'm thirsty. A cool beer would be good now. Wait, the thought of drinking one with this throat feels as attractive as swallowing sandpaper. Perhaps ice cream would make a nice desert. Wait, the thought of anything that cold makes me shiver and reach for a tissue.  That watermelon looks good. Anybody know of a recipe for warm watermelon pie? If there'
Post a Comment
Read more 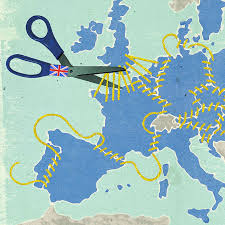 The United Kingdom voted yesterday to leave the European Union. Holy cow. My world, Europe, is convulsing and twitching into a new shape. I had accepted it would continue as I had gotten to know it at least until I was no longer here, but now it's morphing into a new shape within my lifetime. Again. Nothing is forever, not even countries and their borders. When I was a child, the Berlin Wall, East and West, Nato and Warsaw Pact, seemed ordained to last forever. I remember as a child waiting for a much lauded vacation in Spain with my parents, reading the airplane tickets bought months in advance. Back then, a ticket was the original copy stapled to as many carbon copies as stopovers were necessary, with one final carbon to be kept for your records. On the back was the fine print, and I would read it, including what the airline included in its liability if a part of the trip were to take the passenger to one of the Warsaw Pact countries. I remember looking it up in one of the
Post a Comment
Read more

- June 23, 2016
Tonight is supposed to be the most magical night of all the year. The day is looking mysterious enough with the enveloping mist quietly descending over all. But tonight, the Eve of Saint John's Day, witches are supposed to wander and magic is to be harnessed from both fire and water.  The practice of making bonfires is as old as the knowledge of fire. The ancients, conscious of the waxing and waning sun along the year, would light bonfires tonight to exhort the sun not to leave. At winter solstice, the bonfires were to ensure that the sun returned. That was, effectively, when the Light of the World was reborn. At St. John's, the baptism with water marked the maturity of the sun.  While bonfires have always been lit this night for magical and protective purposes, water has always been a part of this special day, too. Sweet-smelling herbs are to be collected today and put into a pail with fresh water. Tomorrow, after standing out all night, everyone should at least wash their
Post a Comment
Read more 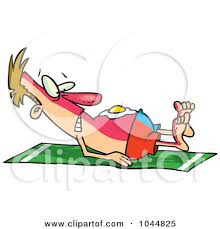 It's the first day of summer, and the day is worthy of the name. So why am I not making plans to hit the beach for the first time this year? Because I'm a water bather, not a sunbather. The water temperature is supposed to peak at 17ºC today, and the air temperature reach 27ºC (though I think it's passed that point by now), while the UV index is supposed to be 9. My idea of a good summer's day is not to roast like a peanut on a towel. Once upon a time, I wanted to be tan. When I was a girl I would spend as much time as possible in the sun and earn a sunburn. While everyone around me turned brown, I'd turn a nice vermilion. My problem was the white as alabaster skin I had been endowed with at birth. An aristocratic lady of the nineteenth century would have killed for my skin, but not a normal teenager of the late twentieth. Some summers I would despair. I would try different sun tan lotions with different SPF's. I would go ecstatic when, upon removing my watch,
1 comment
Read more

I love ghost stories. The unnatural, the uncommon, the unexplicable, has always fascinated me. Spain does not have much of a history of literary ghost stories, however, because the Catholic Church preaches that a soul that does not go to Heaven or Hell goes to Purgatory to await redemption for its sins. So, officially, earth-bound entities cannot exist. It was a different case in other countries, such as England. For Protestants, there is no Purgatory. Logically, an earth-bound entity can exist and be written about. Hence the legion of ghost story writers, with M.R. James and Sheridan LeFanu at their head.  But the common people in Spain have always had strange encounters, especially in rural areas, and especially before electricity was introduced fifty years ago. Even twenty years ago, streetlights had only recently been placed on our road. Before that, we could step outdoors and see the Milky Way above us. There were less cars and people walked almost everywhere, including at night
Post a Comment
Read more
More posts