Today, the new electric rates come into effect. Now, everyone, regardless of how they have contracted their electric service, will pay according to use by hours. The cheapest will be from midnight to eight in the morning, on weekends, and holidays. The most expensive will be from 10AM to 2PM, and from 6PM to 10PM. Shoulder rates apply from 8AM to 10AM, 2PM to 6PM, and 10PM to midnight.

This means that, at midday and in the evening, it will be much more expensive, than it already is, to use electricity. I pity those who have an electric stove. Lunch just got its price tag hitched upward; it might become cheaper to eat out. Supper will have to wait until after ten in the evening, right before going to bed. Those who use electric-intensive appliances will either have to put them off until the weekend, or manoever around sleep and work hours. Microwaves, ovens, washing machines, dryers, etc., will have to be programmed to be used either when people are at work, or sleeping, those that can be programmed. In the winter, I have a heater that uses quite a bit of wattage in my studio. After six, I'll have to turn it off, even on cold evenings. My air purifier, thankfully, uses about as much as a small light bulb.

Woe to those who have electric radiators. If they can be programmed, they can warm the house up a little in the afternoon, and then wait until people are in bed to keep warm. If the house gets really cold around eight in the evening, I suppose blankets can help.

I assume this was designed to keep people from all using the grid massively at the same hours, and to encourage those who have electric cars to plug them in during the night. But, the problem is that those hours in the evening and at midday are those in which most people can use the grid. And the washing and dryer problem is twofold. Some flat communities have rules prohibiting the use of washing machines after eleven at night because some washers make a lot of noise that bothers people trying to sleep. So, save all the loads for the weekend? What if the weekend comes wet and soggy and you don't have a dryer?

These changes come on the assumption that everyone can pay higher rates if they want to continue living the same way as they have until now. But not everyone can. There were already many people living hand to mouth that had difficulties paying their electric bill. Now, many have to change their habits, whether or not they can, to avoid receiving an even larger bill than the one they couldn't pay, already.

The electric companies have become a racket here in Spain. Ever since they were privatized, the only thing they have been looking out for is their benefits. Last year, Iberdrola was one of the electric companies to make the greatest profits, almost four billion euros. Yet, every single regulation, and de-regulation, to affect electric companies never, ever benefits the small consumers. Every single change benefits the companies. This is a result of the Spanish revolving doors between government and industry. Many Spanish ex-politicians find a comfy chair on some corporate committee of some industry, notably the electric industry, after their political careers come to an end. Of course the regulations are going to favor the companies; that way their comfy chairs and plushy paychecks are assured. Can't pay the light bill? Light a candle.

Life continues. In the dark. 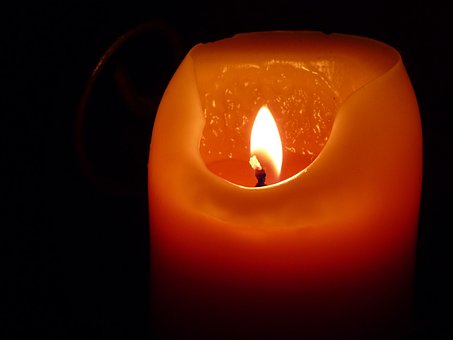