Contagion just keeps going up, especially among the young people. In less than a month, Spain has become one of the European countries with the most spread of Covid. Luckily, we are also vaccinating quickly, now, and there are fewer hospitalizations. Still, this means that we are not going to have a freer summer.

Thinking about some of the things I have written about, and that have caught my eye, I realize that my political views have always been left of center. Even when I was a child, I was obsessed with justice. "That's not fair!" was an exclamation that always made me mad. It wasn't fair that if one kid did something wrong, the whole class should be punished. It wasn't fair that a bully would take away a kid's cookies. It wasn't fair!

As I grew, and watched the evening news with my parents, I became aware that the world wasn't fair, either. There were wars, people killed other people, people lived in poverty, people went hungry next to others sipping champagne. But there was nothing I could do.

Then, the 1980 presidential election came around. At that time, I was eleven, and in sixth grade at a local parochial school. Our school had an agreement with Scholastic Publishing, which would send round catalogues for us to buy books with our parents' permission, and sometimes, they would provide information leaflets to the school for different activities. That year, I remember getting a leaflet about the election. In it, the three candidates were presented, as well as a synopsis of each of their intentions if they were elected. The candidates were President Jimmy Carter, Democrat, Ronald Reagan, Republican, and John Anderson, Independent. Forty years later, I don't remember all the details, but I do remember reading carefully, and deciding that John Anderson was the fairest one. I didn't like Jimmy Carter's presidency, with the Iranian hostage fiasco (he is a much better person than he was a politician), and Ronald Reagan's promises looked like he wanted to wage immediate war with Russia.

That year, I realized that what I could do was vote, to help make things fairer. But, I couldn't because I was only eleven. That was when I decided I would become a U.S. citizen as soon as I turned sixteen, so I could vote when I turned eighteen. I did, and I have been voting ever since. With my dual nationality, I also vote here in every election. It's the civic duty of all citizens.

Ever since then, I have been left-leaning. Ronald Reagan changed America for the worse, in my opinion. He introduced trickle-down economics, and it has been shown that it just doesn't work. Since his time in office, wealth has gone to the top tiers, the middle class has shrunk, and the working class has grown and become even poorer. It's not fair for a few people to concentrate so much wealth, while so many suffer just to have the basics, let alone enough money left over to enjoy nice things.

There are people who will say, "Well, those that have all that money worked for it." Yes, they did. But that doesn't mean others haven't. Because the same people that say the former sentence, will also deny a struggling family any type of welfare, saying they are being lazy for wanting it. Yet that struggling family maybe can't work any harder. Maybe both parents are working two jobs. Yet they still don't make enough to put three meals on the table and pay all the necessary bills. That isn't fair.

It also isn't fair that a woman who loves another woman can't marry her because the law doesn't contemplate same-sex marriage. Yet, they love each other to pieces. But because they are both women, society says their love isn't real. Or that they can't make good parents because they're both the same sex.

Nor is it fair that a woman who never wanted to get pregnant, finds that her birth control didn't work, and then gets told she can only have an abortion if she travels hundreds of miles or kilometers. Or that, even if she was raped, abortion is a sin and she should just live with it and raise the baby.

Being paid a living wage with which we can pay for necessities, and save up for niceties, shouldn't be considered something radical. We are all on the wheel of fortune. Sometimes, we are up in the clouds. The next moment we can be plunged to the bottom of bankruptcy and failure, and need to hold on to the rungs to rise again. No one should be stepping on our fingers, forcing us under the wheel, if that happens.

Having the freedom to marry whom we want, or to form a family when we want, does not oblige any of us to do so. Legalizing same-sex marriage doesn't oblige us to marry someone of our same sex. Nor does having abortion regulated force us to have one if we don't want. We are still allowed to make our choice according to our beliefs, but so are others according to their beliefs. That is fair. 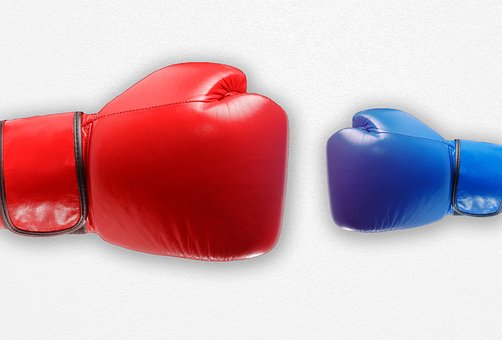