Last Wednesday, I went to refill my blood pressure medication. The pharmacist told me that the prescription had run out, and that I needed to renew it. So, when I came home, I went online and tried to make a phone appointment to renew my medications. But there was no opening until today, Tuesday.

Last night, I got a call from a phone number with so many digits, that it was either the health service, or the bank. It was the local clinic, telling me that my appointment to renew my prescriptions was cancelled, and that it would be rescheduled for the 3rd of August, next Tuesday. The problem? There were no doctors in the afternoon this week.

Excuse me? No doctors? There are no substitutes for doctors who are on a much-needed vacation? Or who are sick themselves and can't come to work? Exactly. There are no subsititute doctors. At the end of July. With tourists teeming all over the place. With the probability of more than one serious accident happening in the afternoon. Oh, but the receptionist (substituting, himself, for the regular one) explained that in that case there was a doctor on call. One doctor.

So, if a person whose doctor sees people in the afternoon has a complaint, they can either wait to resolve it, or go to the emergency room at the hospital in Santiago, in the middle of rising contagion, to be told that's not where their problem can be resolved because it's not an emergency. Of course, one can always go to a private doctor, and pay to resolve it.

There are no doctors. It's a problem that has been going on for years. New doctors who have finished their residences, tend to leave. Why? Because most of them aren't offered a contract with a fixed job and fixed hours. They wind up having to sign contracts that last weeks, days, or hours. A doctor who has just arrived home on his free day to relax, may be called up suddenly to show up at a clinic two hours' drive away, within thirty minutes. Or, after an eight hour shift, they have to do another eight hour shift in another hospital or clinic, followed by yet another, catching a catnap whenever they can. They may be called up seven times in one week for three different clinics, and then wait a month before they're called again. They are merely temporary workers. So, they leave. They look first for steady jobs in other regions, and, if nothing appears, they emigrate.

Of course, the conservative politicians blame the doctors, saying they leave instead of staying here, because they want to. Then, they come out with an offer of a one year contract, at €60,000 a year. And nobody is interested. Why? Because it's essentially the same. Signing that contract, a doctor has to spend a year travelling among certain clinics, filling any absences. They would be doing the same work, with the same lack of certainty, but for a fixed time. Instead of signing two or three hundred different contracts within that year, they sign one, but they are still temporary workers.

This is part of an on-going process that the conservative regional governments have put into place, in an attempt to direct traffic toward private clinics and hospitals, run by businessmen with friends in office. Because that's what people end up doing. Tired of having to wait, they pay. It's an affront to taxpayers, who are paying for a service that, on paper, is one of the best in the world. But, in reality, it is being dismantled bit by bit to favor private money and interests. In Madrid, doctors that were hired last year, were shown the door when the rush was over. After that, more doctors were let go, including those from the clinics that were shut down, generally in poorer neighborhoods. And then, to try to vaccinate people quickly (which they are not doing), the regional government of Madrid signed agreements with private companies, such as El Corte Inglés, a department store; Banco Santander; and ACS, a giant construction company. Of course, those companies were paid for the space used by the nurses.

Good, public health service is feasible. It's been working for years before the spokes started to be removed from the wheel. It can continue to work for many more years, if it's taken care of. But, if we keep up this dismantling, there will come a time when only the rich can afford to keep their health, and everyone else can simply die while they wait for a doctor to be available. We need to fight this. 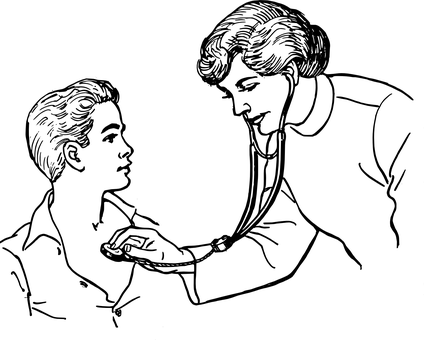