Today is the 16th of July, and that means it's the celebration of the Virxe do Carme, or, the Blessed Virgin of Mount Carmel.

The story begins way back when, to end a drought, the prophet Elias promised God, that a local king, King Ajaab, and his people would abandon the praise of Baal. Every few days, Elias would visit Mount Carmel, and one day, he saw a small cloud the size of his palm that brought rain. After that, a shrine was created, and the Order of the Carmelites established.

The Virgin Mary got implicated through a vision in the thirteenth century, to one of those Carmelite priests, Saint Simon Stock. In it, she held out a scapular, and said that whoever died wearing it, was promised eternal life in heaven. Simon Stock called this Virgin, Stella Maris, Star of the Seas, and mariners then took her as their patron saint. However, the implication was not of the physical sea, but of the spiritual sea. She was called that because the Virgin Mary was considered the North Star by which those lost in the seas of despair could find hope and redemption.

Before the Virgin of Mount Carmel, the patron saint of mariners had been Saint Elmo, of Saint Elmo's fire fame. He had supposedly rescued various mariners at sea, just like the Virgin did, later. Now, they both vie for the patronage of the sea, though the Virgin is much more popular.

But this is merely one of the modern forms of appeasement of the forces of the sea, and one of the most humane. Today, there are processions of fishing boats in many portside towns, with the lead boat carrying the statue of the Virgin, and making an offering of flowers to the sea in honor of those that have died in it. Once upon a time, things were a little different.

Today it's the Christian God and the patron saints, but there have always been gods looking out for different parts of life, and the sea is no exception. In The Golden Bough, Sir James Frazer describes how, in ancient times, a person would be thrown into the sea on the Greek island of Lefkos. The intention was for Poseidon to claim that one life and no more. In Polperro, Cornwall, there is a custom of weaving a frame with branches of willow, hazel, and rowan. A woman wears it to the cliffs, and, there, the frame is thrown into the sea as an offering. Perhaps in times beyond our ken, the frame held a weightier sacrifice. The writer Susan Cooper must have known of it, because she centered one of her young adult's books around it, Greenwitch. On the Isle of Man, there is the tradition of "paying the rent" to Manannan Mac Lir, the first king of the Isle, and the Lord of the Sea.  The rent is a bundle of rushes taken to a hill called South Barrule, which looks out over the sea.

Now, it's simply a floral offering. Flowers that were born, that were cared for, that were plucked to give for their beauty, and for their fertility. They now symbolize the sacrifices that both propitiated the sea gods, so as not to take any more human lives, and that asked them to be generous, and grant enough fish to feed the people who went out to find food in their flimsy boats.

But not this year, not in our township, at least. Covid has put a lot of things on hold, and there is no maritime procession today. At least, it's a local holiday, to think about the tides that ruled our ancestors, that we still haven't conquered, and never will. 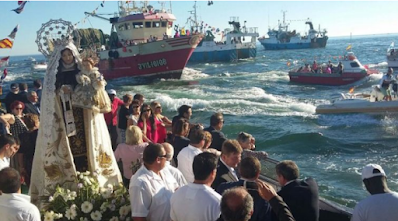 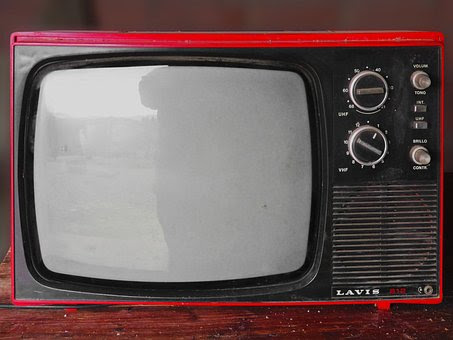