Saturday morning, we pulled up most of the potatoes. Those that are deeper still have to be dug out, though. It was a warm day, hot but not too hot, unlike the rest of Spain; areas in Andalucía and Extremadura had temperatures reach around 40ºC/104ºF, and spiked even higher on Sunday. Meanwhile, we reached 30ºC/86ºF and had a fine beach afternoon. Yesterday, our temperatures went down, and a small cold front passed through last night. Today we're having spring weather, with occasional showers, and summer will return along the week.

There is, officially, a fifth wave of the pandemic strolling through Spain. It is attacking mostly young people, from 12 to 29 years old, though the twenty-somethings are the hardest hit. In our region of Galicia, the government has gone so far as to close beaches, parks, gardens, and plazas from 1 AM to 6 AM, so that binge-drinking parties can't take place. Also, in townships that are in middle level risk, to enter music bars and discos, proof of vaccination or a negative PCR test done in the last 48 hours is obligatory. What will happen? That lots of kids in rural areas will gather in private fields, gardens, or houses to drink all night. Just like one of my neighbors did last year.

Last September, our township's main festival of A Guadalupe didn't happen (this year it won't, either, but there will be daytime activities), so some people made private celebrations on what would have been the last day of the festival, including our young neighbor out in his grandparent's barn behind their house. People downwind called the police, saying they heard distinct music and loud voices, but when the police showed up, they couldn't find anyone out of tune, and abandoned the search. Meanwhile, we were regaled with music almost until the sun came out. Scenes like that will probably now repeat themselves this summer, with the new prohibitions.

It is worrying, though, that most of the people in the ICU's now are under forty years of age. Perhaps, to help kids see what their behavior can lead to, they should be paraded around an ICU, properly protected, instead of being fined an amount that their parents will pay and they will shrug off.

Speaking of health, there is another uproar about the government. Specifically, about the Minister of Consumer Affairs, who happens to be Alberto Garzón, the leader of Izquierda Unida, which united with Podemos to form Unidas Podemos in the last election. He came out in a video on Twitter urging people to eat less meat, for two reasons. One is for our health, and the other is for the environment. Spain is the European country that eats the most meat, which uses more resources than vegetable crops. Per capita, we consume about fifty kilos of meat a year.

Now, he wasn't saying anything new. Quite a few regions, including those run by the conservative PP, have guidelines in their ministries in that direction. The World Health Organization has been saying for years that we should reduce meat consumption. Even scientists have correlated ingestion of red meat with increased risk of cancer. Yet, upon the appearance of Garzón's video, it seems all hell broke loose in this country.

First was the meat producers. Of course, they would feel attacked. They accused "communist" Garzón of making claims that were not based on science, and that he should be sacked by Prime Minister Pedro Sánchez. The Minister of Agriculture also took umbrage with the video, placing himself on the side of the meat producers. It is true that they move millions of euros. But it is also true that it is not the healthiest way to eat, especially the meat from the industrial farms. Garzón also mentioned that the best meat is that which comes from more ecologically sustainable farms, which are still much fewer in number in Spain than they should be.

It is also true that extensive industrial meat farms accelerate climate change through use of unrenewable natural resources, from water to deforestation to grow corn and soybeans for animal fodder. It also produces about fifteen percent of the world's CO2 emissions.

But, for the conservative PP, Ciudadanos, and ultra right wing Vox, left-wing Garzón's video was "irresponsible". They also lamented that now the government would "tell" people what they can and can't eat. In fact, a few on the ultra right claimed that the government would begin "forbidding" us to have barbecues or eat meat, and end up practically converting to a communist dictatorship by telling us what to eat, what to think, and what to say (which is pretty much Vox's intention, by the way, minus the communism).

Really, a mountain has been made out of a pimple. If it had been someone on the right saying that, the left would have applauded the main message, but would then complain about the meat industry hurting, and demand they be helped out, even though the message is simply advice. No politician can open their mouth, even to make the same recommendation as a scientist, without having the whole other side of the chamber of Congress going with pickaxes down their throats.

If it had been the director of the World Health Organization, or a climate scientist giving that same message, no one would have raised an eyebrow. Probably they would even have agreed with the message, while the right would have started asking Sánchez what he proposed doing about it, as if the right had any plan worked out. Politics has always been dirty business, but now it seems too many in it relish wallowing in mud two feet thick.

Personally, I do try to eat less meat. But, mostly, because its price has been rising in the past few years. I will not become a vegetarian, though, because nature has made humans omnivorous. We need the nutrients found in plants, but also those found in meat, and plants tend to make a poor substitute, which is why vegetarians take B12 vitamins. Also, if I could afford it, I would buy ecologically produced meat, which comes from better-treated animals, and a production that uses less natural resources, making it more sustainable. Unfortunately, this type of production is still a minority in Spain, and much more expensive. Perhaps it would help if plans are put in place to convert the intensive meat farming into something more sustainable. 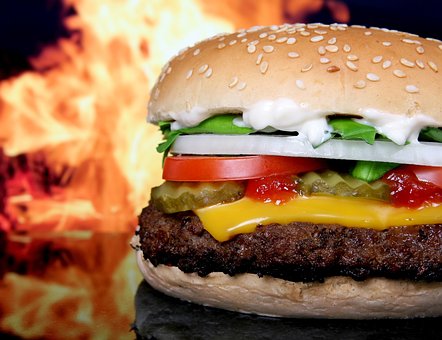