It's another grey morning. The clouds are supposed to part this afternoon, and the skies are supposed to improve this week, though temperatures are not expected to exceed a maximum of 26ºC/78ºF on any day. And the regional forecast page, Meteogalica, predicts an increase in the chance of rain by next weekend, and the lowering of temperatures. Again. At this rate, we'll get our summer in October.

Today is the patron saint of Spain, and the day we celebrate our region. It's the day of the apostle Saint James the Great, supposedly buried at the cathedral in Santiago. He has various names in Spanish, from Jaime to Diego to Jacobo to Xácome to Jaume to Iago. And all those versions come from the original Ya'akov, latinized to Iacobus.

He became the patron saint of the unifying "Spanish" armies (Spain as a country did not exist at this time, merely small kingdoms, such as Asturias, or León.) during the Reconquest, when, at the Battle of Clavijo, he appeared to the Asturian king, Rodrigo, in a dream, telling him that if Rodrigo invokes his name, the Christians will win the battle. The next day, the Christians went into battle shouting out, "Dios ayuda a Santiago!"  (God help Santiago) They won. Of such things, as anxiety-laden dreams, are legends made.

Since the Transition of the late 1970's, every community has its own day of celebration. Generally, they can fall on or close to the most important local patron saint, such as the celebration of the Día de Navarra, which falls on Saint Xavier's day, 3 December, or the Día de Extremadura, which is celebrated on 8 September, the day of the Virgin of Guadalupe. Then, there are those regions that celebrate their day on a historically significant anniversary, such as Catalunya, which is the 11th of September, and commemorates the fall of Barcelona in 1714, during the War of Spanish Succession, and the subsequent loss of privileges and rights. Madrid celebrates its day on 2 May, when the people of Madrid revolted against the French troops occupying the city during the Peninsular War. We celebrate our day on Santiago's saint's day because he's the patron saint of both Galicia and Spain.

This year, since it falls on a Sunday, it also marks the year as a Jacobean Jubilee year, and all those who make the Way to Santiago, enter through the Holy Door, and sit through a Mass, will win plenary indulgence. Ever since the conservative regional politicians realized they were sitting on a gold mine, and started promoting the Way thirty years ago, the number of people on the Way and in the city has increased tremendously. From being simply a university town, it's become a tourist and pilgrim mecca. For those who live off tourism, fine. For the rest, not so fine, as we have to wade through crowds of people on a regular year, and through throngs of pullulating masses of humanity on a Holy Year.

This year, with the pandemic, it's been a mixed blessing. In May, I entered through the Holy Door for the first time in my life. There were no crowds, no lines, nobody. A few days later, my daughter went, and there was a very short line with no waiting. Now, the line probably stretches across the square, and down the side streets. The bad part is that the Pope succumbed to the economic interests of our regional president, and declared it a two-year deal; next year is also a Holy Year. God save us from the hordes.

For well over a hundred years, on the eve there was a "burning of the façade" of the Cathedral, and then fireworks were added. The "burning" was a wooden structure built to resemble the Cathedral's façade, and then burned in front of the Cathedral. That custom was ended sometime since I moved here in 1991. Now, there's usually a light show, telling the story of Santiago, though there didn't seem to be one this year. Since last year, and the end of the cleaning of the Cathedral stonework, fireworks have been moved out to different parts of the city, in an attempt to protect the stone, and to avoid conglomeration of crowds. This just meant that the crowds went running to the hills around Santiago, like Monte Gaias, where the Cidade da Cultura is located, to be able to see all the different fireworks from one spot. So, not really crowd control.

So now, we have a lazy Sunday, and one less holiday this summer. And too many tourists in town. 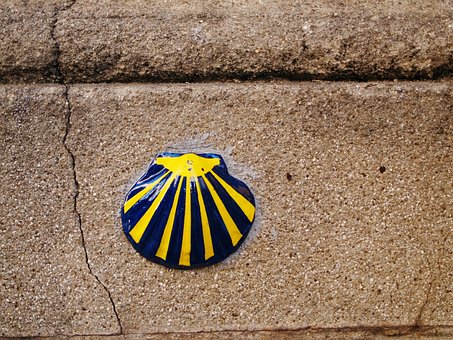