Beginning Over, 4. Dealing With It.

Day 2 of my imposed imprisonment.

My husband has decided to live next door, in the house where my parents used to live. Whenever he comes over, he wears a mask. So far, he has tested negative, including this morning, which doesn't really surprise me. Whenever people around him are sick with colds or the flu, he never catches anything. His immune system is top-notch. Still, it is lonely without him, especially in the evenings and nights, when he's always been there.

My nose is still a bit runny, though it's become a bit more stuffed up as this runs its course. My throat is mostly good, except for a small bit of phlegm that is more of a small bother than anything else. I get the suspicion, that with total numbers of infected going down across the country, that most people who are as sick, or less, as I am, simply either don't get tested, or ignore the positive result, and continue with their lives. Truth is, I probably won't be contagious after tomorrow or Tuesday, yet I still have to maintain a quarantine of seven days, longer if I were to test positive at the end of that time.

Nothing is really stopping me from giving classes tomorrow except ethics. Since I have a small measure of morals, I will go through the trouble of messaging everyone to tell them they have a week's vacation from me. But I strongly suspect that in this country of, "if nobody knows, it didn't happen", more than one sick person isn't going through the trouble of wading through paperwork and phone calls.

For the rest, it's a beautiful Sunday. It hasn't rained in too long, now. A week or two of sunny days would have been enough, really, because this is the rainy season, and we need to accumulate water to face the summer. It rained briefly a couple of days this past week, but only enough to wet the topsoil. Everything is now bone dry. The temperatures around here haven't gone down all they were supposed to go, either. There were maybe a couple of nights around freezing, and then, while they came close, the rest of the nights were above 0ºC. In the interior they have had frost, though I suspect also not as much as usual. I do hate the grey, wet, moldy days, but a couple of strong storms off the Atlantic now would do more good than harm.

As for everything in the outside world, well, I have grown very tired of the news. In fact, from watching it every night, we have long reached the point of ignoring it. In part, because the channel we prefer for the news isn't always watchable, reaching our antenna more by whim than by design. We aren't completely ignorant, however, since we still read various online newspapers when we have a quiet time to skim through. That happens to be most nights. My husband comes home and automatically turns on the television. When I finish with my classes, I join him in the kitchen, and we make our suppers. He always turns it to a channel that has reruns upon reruns of NCIS Los Angeles, this being the least obnoxious thing to glance at in the evening out of all the offerings. My husband needs the background noise, otherwise, he wouldn't even bother. Most of the time, we're on our phones, reading articles, watching videos, passing interesting tidbits to each other, and discussing some of the more maddening things. I can't concentrate on fiction for a long time with the noise, so I don't read a book until he goes to bed and I turn off the television. Television has become a simple vessel for noise.

Of course, these evenings, I don't even turn it on here. He does, next door, but then winds up sending me links to videos and articles, which he is watching and reading while the television is on. I just read. I read one book last night, and I have two more waiting in the wings. I'll have to see about downloading some more to last me the week, or check some of the books I haven't touched in years, to see if they're worth re-reading at this moment. I have plenty of time these days. 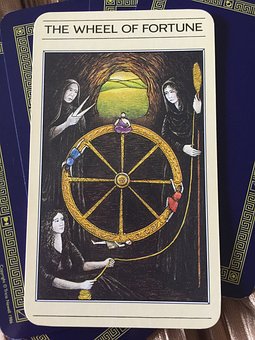