I am now on vacation. It's an unpaid one, but I get to have my days all to myself. This, however, doesn't mean I can forget all about my classes.

This is the time of year I start pulling my hair out by the roots. Mothers (almost always mothers, as if the fathers had nothing to do with their kids' education) start calling me to set up their kids' English classes. I have little room, so I can't take more than three, or, stretching it, four kids an hour, preferably all of the same or similar ages. Here's the problem. There are five hours of classes in each day, but it seems some children have more than ten hours of busy time each afternoon.

"Tuesday's a bad day because Johnny has football practice and then he goes to kayaking. After that, he has a swimming class. Thursdays he has trombone practice, and theater, followed by some more football. Have you got anything for him on Fridays?"

"Not for his age group. I do have an hour on Wednesdays he can come. How about seven o'clock?"

"Oh, no! He has karate from seven thirty to nine, so he can't. How about at six o'clock?"

"Hmm. I'm afraid not. I can't put him in with the secondary school kids who are in their last year. I would have to split my attention, and it wouldn't be fair to any of them. Monday at four, perhaps? It would have to be with two others."

"That sounds better. But, wait. Who are the other kids? Johnny absolutely refuses to be with Archie in the same room."

I become a little balder as I disentangle a few hairs from my fingers and let them fall to the floor. "Weeeell, how about Monday at five? The three kids in this hour are a year older, but the material isn't much different."

"That will be fine."

Exchanges similar to this one are what I go through from the end of August through September. That's if I don't have to call various mothers to make complete changes to the schedule because a mother suddenly realizes I had already set an hour for her darling with her consent, but she had forgotten. All of a sudden, that hour is an impossibility and she wants the same hour she had last year. Call mothers, apologize to mothers, play chess with the hour slots, and swear I will not give any more classes ever again.

And, of course, the kids I like the best are the ones that don't come every day they're scheduled, for various different reasons. Sometimes, week after week, I see the same face of a kid I wish I could sometimes send home with the imprint of my slipper on their bottom. These kids are never sick, not even with the sniffles, nor have a dentist appointment, nor anything that would prevent them from showing up. Every day they're scheduled, as I shut the door behind them, I breathe a sigh of relief, and pray they miss the next hour they have to come. Every week, they show up at their appointed time.

Some of the classes do get interesting, though. Sometimes, I deviate and jump from English to linguistics or history. Last week, with a nine and ten year old, I explained "turn left" and "turn right." It was new for one, and review for the other, who had forgotten all about it. I explained how "right" also meant "correct" and that it was because of how the right and left hands have been perceived throughout history, with the left hand being considered the hand of the Devil. I even explained the Latin terms for them, and how they influenced Spanish words, such as "diestro" and "siniestro." The former means "skilled," and the latter means "evil." They come from the Latin "dextra" and "sinistra", for right and left. Whether or not they got anything from it, I don't know, but they didn't look bored, at least.

I also tried to do Bram Stoker's Dracula with a couple of high school kids. I started out by explaining a bit of Eastern European history, explaining the long wars between the Muslim Turks and the Orthodox Europeans, of which they had no idea, as background to the story. (The reason we got to Dracula was because I had worked with them on the break-up of Yugoslavia, (of which they also knew nothing) and the slaughter of people because of religion or origin. That led to older history, which led to literature.) They had never read Dracula, either, though they had watched a bunch of bad vampire movies, and had an idea of most of the superstitions. Whether or not they will continue reading it, is another story. Most likely, not, because the English was not that easy for them. But I did point out that on gutenberg.org they could also find the Spanish version for free.

Once the classes get settled in, I will fall into the swing of things, again. Some will be interesting, others not so much. But, at least the anguish of setting everything up will be over. 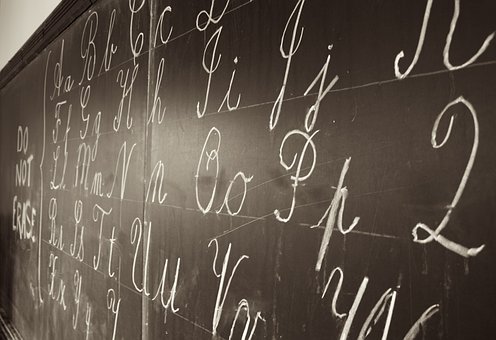