And life swishes on by.

This week is supposed to be the week of our town's festival, the Virxe de Guadalupe. Once upon a time (over a hundred years ago) it lasted three days, from Saturday to Monday. For the last half of the twentieth century, it lasted from Saturday to the following Wednesday. In this century, the festival has been amplified from Friday to the following Friday, with the last day a local holiday to make a three day weekend. The highlight of the festival is the last night, with three bands. At two in the morning, the lights of the plaza turn off, everyone who was fortunate to get sparklers lights them, and, one after the other, the three bands sing the Rianxeira, with everyone joining in. It's not a good idea to wear one's best clothes this evening, because not everyone keeps their sparker high in the air.

This song, A Rianxeira, was written back in 1947, in Buenos Aires, by expats that were lonely for their corner of Galicia. From there, it crossed the pond, and has become the unofficial hymn not only of our town of Rianxo, but of our region of Galicia. It talks about the black Virgin as if she were a fisher's wife, about to set out to sea, warning her she'll get seasick. It's been sung by a lot of regional singers, and even by Linda Ronstadt with the Chieftains, though these last give it a Mexican twist, and sing it half in Galician, and half in Castilian. The Virgin of Guadalupe is the patron saint of Mexico, after all.

Not that this year there is a lot of celebration. There's nothing at night, no bands, no music, nothing. In fact, bars have to close by one in the morning, and people aren't allowed to gather in parks or beaches from one to six in the morning. Still, during the day there are some events, which is more than last year, when it was just like any other week of the year. Maybe next year we'll be complaining about all the cars passing by, or the crowds thronging the streets in town.

School has begun, already. Primary school began last week, and secondary school this week. This year, our daughter is attending a vocational school to learn a craft to find a job. She prefers working the earth, so she decided to study the process of making wines and olive oil. But, since only three people signed up for that course, she will learn her second pick, viticulture. In that, she will study the culture of vineyards, and wine-making. This course is imparted in Ponteareas, way to the south of us, just over an hour's drive on a good day. So, she found an apartment there that she's sharing with a young man who's going to study forestry at the same school. We've been driving back and forth, taking her down and picking her up. Now, we'll drive her down on Sunday, and she probably won't come home until some time next month. Ponteareas is not as easy to get to as Santiago. Public transport leaves very much to be desired in this region.

This week, since it's the festival, my husband has his yearly vacation (I know, he should have an entire month, but what employer follows the rules here?). Not that he has enjoyed it much, since he decided to paint the house this week. It really needs painting, since the last time was around twenty years ago, and the white paint has been looking sad for a while. Though the house is relatively small, though, it's not that easy, and this week he's only had time to do two walls, the front and the south walls. Maybe next year we can do at least one of the others, maybe the north wall.

I have been receiving more calls asking about classes. Despite having more students than last year, I have wound up with a free hour on Wednesday afternoons. I don't know just how that happened; it seems every other after school activity loves Wednesday afternoons for scheduling. I don't mind, it's a small break for me.

I also have been looking for activities for first graders. I have a few of those this year, and I'm glad that in the last year of kindergarten, they learn how to read. That makes it easier to introduce simple sentences and vocabulary, and to get them to relate the sounds with the letters of the words. Hopefully.

Contagion is going down, which is the good thing. Many people, over seventy percent, now have the full vaccine. Now, they're starting to give booster doses to those with compromised immune systems, and are talking about giving a booster dose also to those who got the Janssen vaccine, which consisted of a single dose. Restrictions are being loosened at different speeds in different regions, with Madrid at the helm, of course. However, we will probably be wearing masks indoors and when close to other people all winter. That is the one cramp on my freedom I really wish would be gone. I understand the science and the need, but, sometimes, I am so overwhelmed by it I just want to pull it down at whatever cost.

I will be getting the flu shot this fall, whenever the campaign begins. If what happened last year is repeated, I'll probably get the appointment in November, but I'm fine with it. Ever since the first year I got the flu shot, I have not had the flu. The only time was when there was all the hullaballoo over the porcine flu, the A flu, some years ago. That year, the three of us passed a sorry weekend. My father, however, didn't get sick. That was because the porcine flu was genetically similar to the flu that was circulating when my father was young. After one of the flu pandemics of the 1950's, a different version, the main one now, started circulating. My father's body recognized the old flu, which was new for our younger bodies.

Summer still holds on, with nice temperatures, though the nights are chilly. Today it rained in the morning, but it's turned out to be a lovely afternoon. The good weather is supposed to continue into next week. I just hope it stays till the end of the month, so I can fully enjoy the rest of my vacation. 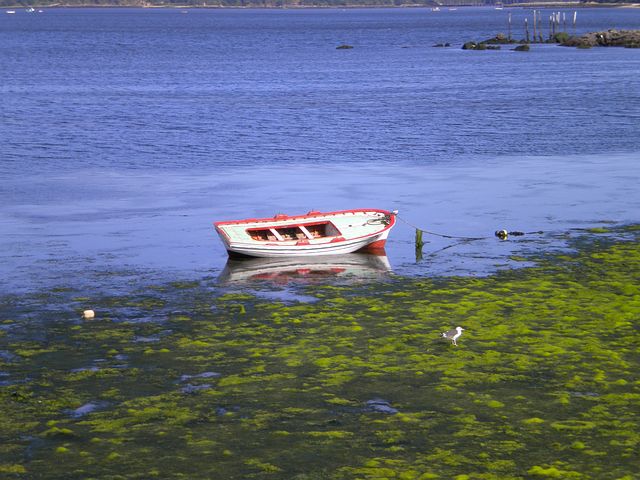