- January 11, 2021
This will be short because I have to write it on my phone, since internet isn't going on my computer. And I have no idea when I will be able to change internet providers.
There are negstionists. Generally, they do not inspire confidence, especially when what they negate is something that had been duly certified by science and experience. The pandemic, for instance. Even after a year there are people with their heads buried in some sand dune that claim it doesn't exist. Then there are those who never heard of Columbus, and still deny the Earth is round. But the latest type of negationist is the one who denies it snowed in Madrid this weekend.
Some bright soul took a snowball and tried to light it with the flame from a lighter. The snow didn't turn to water; it turned black where the flame had touched it, and it smelled of plastic. That person, who supposedly had taken an obligatory physics class in high school, claimed that that was proof that a large conspiracy, led by Bill Gates and others, was spilling plastic from the sky.
No, no, no. But try explaining that the snow, by the application of a direct flame, converts directly into vapor. Or that the smell and blackness are because of impurities in the snow and the lighter fluid. They'll shake their head sorrowfully and claim you've been brainwashed by George Soros. Next time, wear your tinfoil hat.
Life continues. 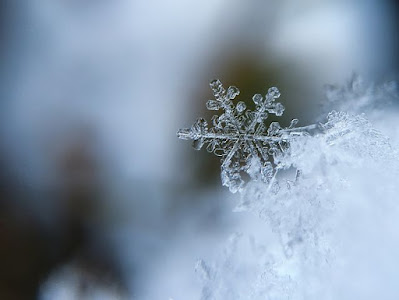