After the debacle on Wednesday, Twitter and Facebook have finally shut up Trump. They took their sweet time about it. Unfortunately, Twitter has let him use his trigger-happy thumbs again. He's already tweeted out to his followers. Several people have resigned from the outgoing administration, possibly thinking that if they leave now they can still salvage their political careers. There are rumors that Trump is going stark raving mad. In my opinion, he's been that for ages.

His followers probably won't stop there. But it will depend on whether or not Trump or some other crony of his stokes their fires. He's been stoking them for too long, and we got Wednesday as the culmination of the barage of hatred that has been spewing from him for the last five years or so. His message today, calling them patriots, and saying their day will come, is not very pacifying.

The reaction in Spain depended on whom it came from. The parties that lean left decried the attempted coup. The parties on the right and far-right compared it to the protests in Madrid that tried to surround the Congreso, when people protested the cutbacks the conservative government of Mariano Rajoy had made.

The "rodea el Congreso" and what happened at the Capitol have nothing in common. The protests in Madrid were simply protests against what the government was doing. The protestors had no intention of storming the building and setting up a mock trial of any lawmaker they could find. That is what the terrorists in Washington were attempting to do, to keep Trump in power. But, of course, extremist groups tend to bend reality to their own purpose.

The third wave of the pandemic is now here. Of course, the laxness of most people over the Christmas holidays has contributed to it. Back in the spring, it was new, and most were scared of getting sick. Now, those who have escaped it during the year, are acting like it's no big deal. But it is, and people are dying from it. An acquaintance of my husband's, over 60, is in the ICU, intubated, and it seems he is doing badly. My cousin, luckily, beat it, and is now recovering his strength at home. This is no joke. It's not the flu, it's not a cold; it's something that could kill you, like the 21 year old in the Canary Islands who died from it, despite being completely healthy.

Things might get toughened in Santiago and A Coruña, where the numbers are rising, again. The hosteliers, certain that they will get caught in the crossfire, are beginning to complain, again. Perhaps if some of them had done a better job of policing their clients, contagion wouldn't have begun to climb, again. It's not just irresponsible youngsters who are to blame.

I knew January wasn't going to begin with an automatic Pollyanna moment, but this looks like the three crones staring at me with their one eye, and leering with their scraggly tooth. 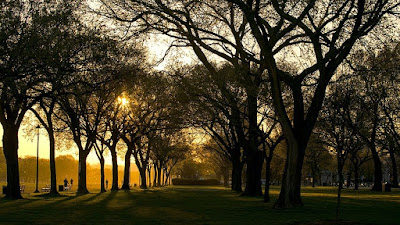