I am changing the header of my blog once again. We have been falling back since our abnormal normality of summer, and have now been run over by the second wave. This time, the rate of infection is much worse than in spring, yet we are still allowed out of the house. We are told that harsh measures, such as the closing of perimeters, or of bars and restaurants, are so that we can enjoy a more normal Christmas. But Christmas will go the way of all the other holidays this year.

In Galicia, during most of the year, but especially in summer, we have a myriad of different activities and celebrations we can join in. This year, we have only been able to enjoy Carnival. By the time Holy Week, with its processions and week-long vacations, rolled around, we were locked up. We were allowed out for Saint John's Eve, and its bonfires, but only private conflagrations, and not everywhere. Those lucky ones that have summer vacation could travel, but with an eye on restrictions. The small and big music festivals shut down. We couldn't go to Vigo to see Sting, and the mid-August festival in A Coruña, with its concerts, was cancelled.

Small parish festivals were also cancelled. In these past years, many had already been suffering from falling contributions by parishioners, and some haven't been held these past few years. Changes in laws governing insurance and permits have made it more difficult for small parishes to continue bringing musical groups, and setting up evenings of music. I'm sure the pandemic has sounded a death knell for many. Musical groups have already begun to disappear. After most of the summer without going on tour around the region, they are out of cash and many won't be able to return to the road once it's possible. Many of those summer nights of childhood, shivering slightly in a summer cardigan, joyous music around me, neighbors congregating and dancing, running with cousins around the square lit with colored bulbs, a usually starry sky above, will not be repeated by other children in coming years.

Food festivals are another thing that have disappeared this year. We usually don't go to many, and we make a point of trying to avoid the biggest at the worst times of day (lunch and after five in the afternoon), but sometimes we go out and get our feet wet, such as the year we went to the seafood festival in A Illa de Arousa by boat, or when we drove down to the seafood festival in O Grove. Unfortunately, we are no longer as friendly with the person who had the connection to the boat, so that wouldn't have repeated itself. But that doesn't mean we wouldn't have returned some year, just not this year.

Historical, or semi-historical, festivals are also missing. All the medieval fairs disappeared. So did the Festa da Istoria of Ribadavia, one of the originals, going back about thirty years. There was no portrayal of a Jewish wedding this year, and no one paid in maravedís at stalls that weren't set up. Hopefully, A Tafona de Herminia will be back. That's a tiny bakery in Ribadavia, run by Herminia, an elderly lady who compiled Sefardic recipes for all kinds of baked goods. I have bought some goodies there once or twice, and I pray she passes on her recipes to someone willing to follow in her footsteps. If there is a God, A Tafona will continue.

Another thing we are missing are the nights. During the summer, we could still go out at night, though with certain limitations, and it was not exactly encouraged, or completely safe. Now, we have to be home by eleven, and the nights are left to the silence, the rain, and the wild animals that have become bolder. About a week ago, a boar walked down a street in the center of A Coruña. When this ends, though, I am sure that the night will be re-conquered. If only for the benefit of the young, and the tourists who come looking for a night that never sleeps.

The prospect for Christmas and New Year's is not good. Valladolid has already turned on its Christmas lights, to encourage people to buy early and help out struggling local shops. But there are some who think excessive lights are obscene this year, and some of the money spent on them could have gone to help local families who are facing a hungry holiday season. New Year's Eve will most likely not have the multitudes of people in the Puerto del Sol in Madrid, or in any town, waiting for the stroke of midnight. I can't imagine Times Square in New York empty, or with only scattered little groups of people. Our daughter is not going out this year, but she says we are going to drink coffee liquor and celebrate in our own way. Hopefully, the new year will bring better news than this one.

We are riding the second wave. Let's hope it doesn't crush us against the rocks. 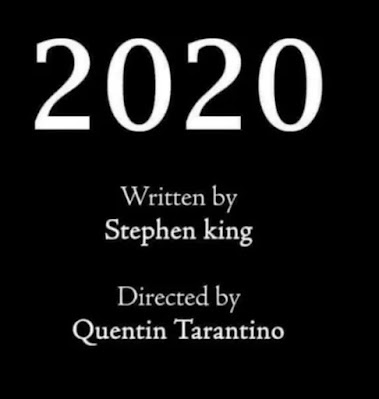