Every year, those who are in risk groups are encouraged to get the flu vaccine. Even in years when the vaccine doesn't exactly match the actual flu virus, it does tend to help those people from getting too sick. I'm asthmatic, and I've been getting the flu shot for years, now.

This year, everyone and their cat was encouraged to get the shot, to avoid cross-infections with Covid, and to avoid the Emergency Room collapses we tend to get every year during the flu months. The campaign began about a week or two earlier in October than other years, and when I made the appointment for my shot, I was given this past Monday; about three weeks away. Normally, I get the appointment a few days to a week later.

Now, it turns out that many with chronic illnesses younger than 65 are going to miss out on the flu shot. Extra vaccines were ordered, and they are almost all used up. As soon as the campaign started, exactly everyone and their cat called for appointments, whether or not they had a chronic illness. Now, it seems that the web site for the regional health service allows only those with an illness to access an appointment, but when the link is clicked on, they get an error message. Apparently, the regional health service has ordered extra dosages, which will arrive in early December, just before the end of the vaccination campaign. Whether or not people can get an appointment in time, is another question.

The regional health service responds to the regional government, run by the conservative Partido Popular, which is more interested in not spending money than in making sure all residents have what they need. It's the same government that recently told the local GP's not to test close contacts of people who are positive for Covid, unless they also show symptoms. Most GP's ignored that order. But it would have been a wonderful way to keep total numbers down, and make the government look good, while having the hospitals overflow.

It's the same conservative government that ordered GP's to make as many consultations as possible by telephone, so they would have more time to trace contacts, rather than hire trackers. This has led to people with other illnesses get more seriously ill, while the doctors respond as well they can to symptoms described over the phone. Occasionally the doctor will see you, but only when they absolutely need to put their hands on you. A throat infection doesn't count, so you will be prescribed an antibiotic over the phone, even though, if the doctor had actually seen you, it might not have been necessary.

The regional government of Madrid, also conservative, is a star at changing how they test, who they test, and how they count, so that their numbers have come spectacularly down, while their hospitals can't accept any more patients, and the situation is worse than it was in spring.

Some regional governments are now asking the central government to take over for the entire country, like they did back in spring. Yet, in spring, they were clamoring to have back their competencies in health, claiming they could do a better job on a regional level. Make up your minds, folks. Either the central leftist government is a saint, or it's a demon. It can't be both. And, in the meantime, people are falling ill, and too many are dying, again. 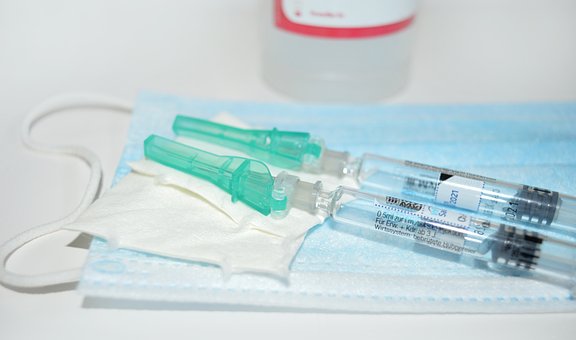