Not So Fast, 31. Well-Deserved Laurels.

This past weekend, in the Tokyo Olympics, two Spanish atletes won a silver and a bronze medal, each. Before them, a Spanish tennis player beat out Djokovic to win a bronze, and two sharp shooters won gold. (Since then, there have been more.) Congratulations were in order, and many politicians celebrated their achievements.

Except those of these two athletes, who did not receive congratulations from everyone. The athletes are Ana Peleteiro, from nearby Ribeira, who won bronze in the high jump, and Ray Zapata, from the Canary Islands, who won silver in floor gymnastics (I'm not sure if those are the actual names of the sports they participated in; I don't follow the Olympics.). The only difference between them and the others is their skin.

Ray moved to the Canary Islands with his mother and siblings from the Dominican Republic when he was nine years old. He has been a Spanish citizen for years. Ana was born in Ribeira to a single mother; her father was from an African country and disappeared from their lives. Both have dark skin, both were congratulated by everyone except by Vox and the Partido Popular.

Oh, but these two political parties did congratulate the (white) winners in the other different sports. Just not these two winners. However, one politician from Vox did congratulate them, in his manner. This politician, with the surname of Steegman, published on Twitter, "Zapata y Peleteiro son un ejemplo de la emigración (sic) que España necesita. Y un ejemplo para todos nosotros. Per aspera ad astra." (Zapata and Peleteiro are an example of the emigration (!) that Spain needs. And an example to us all. Through difficulty to the stars.) Perhaps this gentleman should get his Spanish dictionary out, because they are not emigrants. To continue, though one of them once was an immigrant, he is now as Spanish as Señor Steegman of the German surname. The other was born on Spanish soil to a family whose ancestors hark back to the first Germans to intrude on this land, probably, the Sueves or the Visigoths.

And what is that about the immigrants Spain needs? Spain needs immigrants, period. Spain needs people to combat the low birth rate, and contribute to the nation's wellbeing. So, if these two had been immigrants who only worked menial jobs (which few Spaniards tend to want), would they have been less useful to society? Or, perhaps an immigrant doctor, willing to substitute from place to place for years before getting an assigned place in a clinic, would not have been so inspirational?

It seems Señor Steegman has also forgotten Spanish history. He's forgotten about Juan Latino, who had been born a (black) slave on Spanish soil in the sixteenth century, attended lessons with his master's son, who later freed him, and went on to become the Chair of Grammar and Latin at the University of Granada. He translated works from the Latin, and wrote his own poems. He went on to marry one of his (white) students, and they were happily married until his death. Back in the sixteenth century, the only thing which set him apart was being a slave. Once he was freed, no attention was brought to the color of his skin, he was simply another Spaniard.

Aside from the other medal winners, I am also happy for Ray Zapata and Ana Peleteiro, two Spaniards who have done incredible feats with their bodies I could never dream of. These are two Spaniards to be proud of, not the ones who despise them for the color of their skin, or their origin. 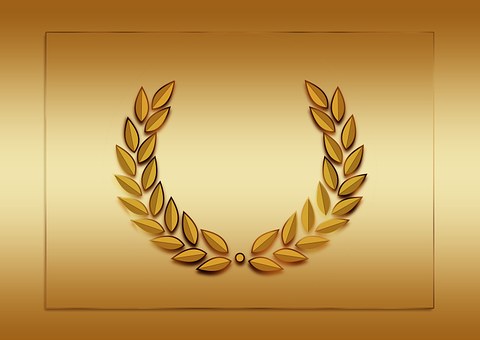