August is winding down to a close, with just a week left. The days are now nicely warm and summery, just as summer is about to end. There are blackberries in the sun-speckled areas of the woods, and I've eaten some, already. The days are now losing their light, as the sun heads away from us, with sunrise at around eight in the morning, and sunset at about nine in the evening. There's less than a month to go to the fall equinox, and then the darkness of winter descends upon us.

As school comes closer (9 September for primary, and 15 September for secondary), parents are caught up in buying clothes, though books and supplies will wait for the lists to come home on the first day. This year, back to school also means getting a shot, and the age group getting their Covid vaccines are now from 12 - 16. I don't know if the European medical agencies will recommend the vaccine for younger children; perhaps they will wait for further research, but I suspect primary schoolers will soon get a shot, too. Perhaps this Christmas we truly will be out of the woods.

Spain doesn't have as many anti-vaxxers as other countries. France, for instance, has an enormous amount of people that don't believe in vaccinations. Most European countries, and especially countries formerly in the Soviet Union, have become averse to vaccination, not just of Covid, but of all kinds. Those countries that most want to be vaccinated are some countries in Asia, especially those that are poorer, and in Africa.

About twenty-five percent of the world's population has been vaccinated against Covid, mostly in the richer countries where the population is more suspicious. Poorer countries have not yet received many shipments of any vaccine to have fully vaccinated their people. Spain seems to be leading the world in shots administered. For once, we're doing something right.

One of the reasons poor countries are more pro-vaccinations is precisely because they're poor. In rich countries, there are few reasons not to have a child vaccinated with all the suggested and required vaccines. Yet more and more parents are choosing not to. Vaccines are relatively cheap and readily available, so little importance is given to them. Hygiene and medical care form part of our lives. We are not as worried about falling sick. Our Western habit of asserting our personal beliefs over communal needs means that many families that prefer not to vaccinate their children based on ill-found fears or convictions, don't give their children their shots, and illnesses that had been on the verge of eradication are now creating local epidemics.

In poor countries, however, to fall ill means a clear possibility of death if the illness is severe enough or brings complications, like many childhood illnesses can do. The health systems of many poorer countries are not as well-equipped and possibly not even available to their poorest citizens. When a vaccine is offered, it is thankfully accepted, not only for the individual child's sake, but also for the sake of other children that won't get sick because the transmission will be slowed down.

By refusing a vaccine that will prevent a possibly severe disease, we are putting in possible danger not only our health, but also the health of everyone who surrounds us. By being egotistical, and refusing to look at real statistics explained by real doctors, we are putting at risk our communities. Other cultures not as self-centered as the Western cultures understand that what benefits one will benefit all.

Unfortunately, with the Covid vaccines, the richest countries have assured that they will have, in storage, the necessary number of doses to vaccinate their populations many times over. That means that poorer countries have had to wait to make their orders, which, by necessity, will be many fewer. So, the countries that are least likely to reject vaccination, are those that will vaccinate their population late, and maybe even, only partially, because the rich are hogging all the production. We are quite selfish. 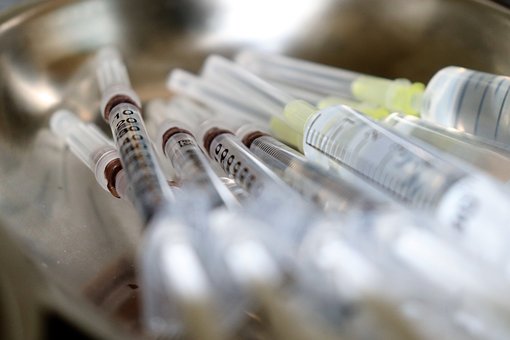