It's been lazy August days, this week, neither too hot nor too cool. Earlier in the week, it was windy, which is why someone probably chose to start a small fire in the woods last Tuesday evening.

That afternoon, a cloud of smoke from a largish fire in the township of Rois had already covered part of the sky that we can see out our front windows. Gradually, as it was being put out, the cloud diminished. But, close to eight in the evening, with about a good hour and a half of daylight left, I noticed something out of the corner of my eye while sitting in the study. I turn to look out the window, and notice a cloud of smoke. I start wondering if the fire in Rois hadn't perked up, thought it seemed strange that it should have done so. I go to the window, and see that the cloud is coming from a clump of trees behind our neighbor's house.

I start to yell that there's fire. My husband and daughter run to the front door, then put on their wellingtons and go to the path that leads into the woods, to try to help control it with branches. I call the emergency number, and answer all their questions, then go warn the neighbors behind whose house the smoke, now thick and dark, is wafting up, while the flames close to the ground crackle.

In a little while, the firefighters came, with their rubber spatulas they use to snuff out the flames on the ground, and the truck with the water. More neighbors had appeared and broken off more branches to help beat down the flames. The helicopter flying overhead seemed to think it was under control, because no water was dropped. After a bit of work, the fire was put out, and the area hosed down. There was no more problem after that, despite the wind that kept blowing all night and the next day.

Of course, the question remains, who lit it? Every year, there's a nut or two who loves to see how easily they can destroy, who goes from spot to spot lighting fires in the worst places possible. And, every year, there are rampant rumors about who it might have been. The stories range from neighbors who have some kind of "problem", to light aircraft flying overhead that let fall some type of timed artifact. No one knows. There hasn't been a fire in those woods, on the other side of the road from our house, in decades. If we get higher temperatures, and the northeast wind returns, I fear someone might try, again, to create havoc.

There haven't been many fires in Galicia this year, because conditions were mostly against them. Other areas, such as the province of Avila, have not fared so well. On one of the Canary Islands, too, several homes burned in a small fire that started, like this one, close to the hamlet. Though, we're not out of the woods until the autumn rains begin in earnest, sometime in October or November. And, until then, there's still a chunk of the year to go. 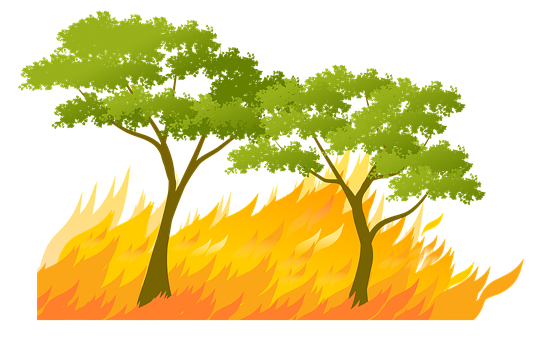