Not So Fast, 43. The Breaker of Empires.

So, what will be the next move in this elaborate game of chess that no one will win? 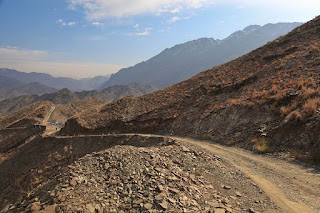 Back in the eighteenth century, Afghanistan appeared as a nation separate from Persia. Not much longer after that, the British appeared. They wanted to keep Afghanistan as a "friendly" nation to them, to act as a buffer state between Russia, which was expanding its power among the Central Asian countries, and its protectorate of India. (In modern times, much like Eastern Europe was kept as buffer states between Western Europe and the Soviet Union.) The British went through three wars in the nineteenth century, only to see Afghanistan be one of the first countries to formally recognize the newly formed Soviet Union.

The twentieth century was a complicated one for Afghanistan, still a monarchy and impoverished. After the Partition, and the creation of Pakistan, the Durand line still held, and was a source of bad feelings between Pakistan and Afghanistan. The Durand line was an arbitrary line created in an office to divide then-British India and Afghanistan, and artificially divided the homeland of the Pashtun tribes.

Since Pakistan was a U.S. ally, and had bad feelings toward its neighbor, the Americans mostly denied aid to Afghanistan, with only a few private companies setting up shop in the country after World War II. Most of the aid the country received to modernize and shore up a paltry economy came from the Soviet Union, who was only too happy to create a buffer state in Central Asia similar to those in Eastern Europe. The country stepped forward into the twentieth century from the 1950's onward. 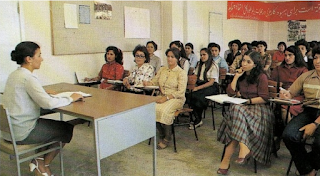 Mohammed Daoud Khan led a coup, with the help of the Afghan Communist party, made
up mostly of Pashtuns, against the Afghan king in 1973, and proclaimed Afghanistan a republic. He didn't do much for the economy, though he did try to advance women's rights. From his days come the pictures of women in Kabul looking like women anywhere in the Western world. He also promoted the inclusion of women in the education system, and opened many schools.

But he didn't rely solely on the Soviet Union, which was not to Brezhnev's liking. Daoud also asked for aid from the United States, and Middle Eastern countries within the Western sphere of power. So, in 1978, the Afghan Communist Party, helped by the Soviets, made its own coup, and murdered Daoud and most of his family, creating the Democratic Republic of Afghanistan. But these Communists were also nationalists and extremists. They immediately started a terror regime, killing all those they considered a threat, wanting to create the "social revolution" as soon as possible. Among their targets were also Soviet advisors. Moscow was thrown off guard. While they wanted a friendly "socialist" state on their border, Afghanistan was now completely unstable and easy prey for Western forces to subdue. So, they invaded Afghanistan in 1979 to try to stabilize it, their way.

The United States couldn't let things go. Neither the reign of terror imposed by the Pashtun communists, nor control by the Soviet Union was acceptable. So, they found a way to send weapons and advisors to local leaders, who rejected both the Afghan communists, and the Soviet invaders. That the leaders were mostly Islamic fundamentalists didn't much matter; after all, they were on the side of the West, and wanted to gain control of their own country. Once that happened, surely they would remember their friends in the United States, and grant them special friendship status, much like the Saudis, and the United States would succeed where Britain had failed. But the Afghan economy had no market in the West because they didn't have the oil, the natural gas, the rare minerals that the West needs to feed its beast. Their greatest crop was poppies, but the market for them does not depend on the West's industrial needs. So, once the Soviet invaders were driven out, it was the Americans' turn.

Now, those former friends became the Taliban, and enemies of the United States. After 9/11, that's where the focus went. Not the Saudis, nor the Egyptians, where the actual terrorists of that day had come from, not even the Islamic Republic of Iran, which had spent decades calling the United States the devil incarnate. It settled on Afghanistan, perceived as a weak nation, with barely any functioning army, who had played host at one time to the mastermind of Al Qaeda and 9/11, Osama Bin Laden. And the United States repeated the error that Britain and Russia had committed, and invaded Afghanistan.

Twenty years later, our generation's Vietnam has come to an end. U.S. and other NATO troops had gone in to root out terrorists, yet the terrorists are back in power, after two decades of destruction and loss of life. Now, it's the Russians' turn, again. Now, they are wary of the possible infiltration of fundamentalists into the Central Asia republics that once were a part of the Soviet Union. Now they are wary of the power vacuum that has suddenly appeared and not sure how to manage it after their fingers had been burned years ago. 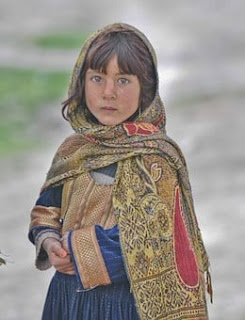 I feel for the Afghan people who do not want to know anything about the Taliban and their impositions, especially the women. From being included in society, they are now being thrust back into the corners of their house, not even allowed to open an outside window and look out without covering their bodies completely. Now, they can't even go to market without a male member of the family accompanying them. What of the thousands of widows who have no brother or father left? Will they be whipped into their homes, locked up and dependant on neighbors' charity?

It is a sad part of the world. But the West can't fix it. Empires have tried, and empires have failed. That doesn't mean they won't try again, though. I wonder who the next ones will be to get their fingers smashed. 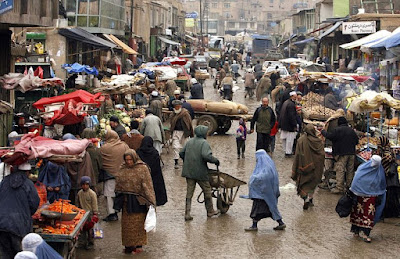