I've had an internet problem these days. Fiber remains elusive, though another company tells me they're working on getting Movistar to install the damned connection box. I won't be holding my breath. My wifi router, after two weeks since its billing period began, reached the maximum of the gigas it offers me, and my connection slowed to a snail's crawl. I shopped around, found a mobile package with unlimited calls and 100 gigas, that works with the antenna of the only provider that has coverage around here. I contracted it, inserted the SIM card in an old phone, and now use it as a hotspot. The fine print said the company allows tethering, so there should be no problem. Why else would they offer so many gigas? Still, I'll wait a month or two, paying for both services, until I finally get rid of the old one, which only offers 40 gigas a month.

This week we have finally gotten summery weather. It's warm, and I'm not complaining. Yesterday, it reached around 30ºC/86ºF, but today the forecast is for 29ºC/84ºF. The rest of the coming week won't go above it, so we won't be suffering the hell of Córdoba province: 45.9ºC/114ºF. All of the Iberian peninsula is under orange, yellow, and red alerts for high temperatures, except most of the coast, from mid Portugal all around to the Basque border with France.

There have been some fires in some of the Mediterranean provinces, but not like in Sardinia, Sicily, Algeria, Greece, or Turkey. It seems the entire Mediterranean basin is burning. And northern Turkey is being annihilated by flooding. Listening to weather forecasts used to be soothing and boring, because of the expectedness of the forecasts according to seasons. Now, hearing of spiking temperatures, strong rains, unseasonably cold weather, or forming cyclones, makes one's heart race and wonder if, perhaps, one should check one's household insurance, to make sure it covers just about everything.

The fifth wave also seems to be on the mend, though the hospitals are still bearing a lot of pressure. As the vaccinations progress in younger people, the rate of infection begins to go down. The most important, the death rate has also gone down. Last winter, the ratio of deaths was 16 for every thousand cases. Now, it's 1.5 deaths for every thousand cases. Vaccinations work to make the illness less lethal. This weekend, though, is worrying to many. Today is the fifteenth of August, the Assumption of Our Lady, and many cities and towns celebrate this day, even if this year many of those fiestas are very watered down or outright cancelled. People will still get together and celebrate, and masks and social distancing are anathema to celebrations. We might end up getting a sixth wave out of this, like we got the fifth out of Saint John's Eve.

In today's paper, there was an article on how the roads into Sanxenxo and O Grove have been filled with patient and impatient drivers, all intent on making it to the local beaches, to celebrate the Assumption and the day after, San Roque, Saint Roche, which is a holiday in many cities and towns. People have been trying to find a hotel room, but the places are totally booked. Our town was filled with visitors today, since there was a rowing competition this morning, too. Too many people. The only thing about the pandemic, before vaccination, that I miss, is the lack of crowds.

All that discussion last year about learning from the total shut-down of tourism, and how we needed to restructure it and other industries, has been lost along the way. We hear on the news about economic growth and how it still needs to pick up after last year's pause. Constant economic growth is impossible. We have seen it to be so, but we continue to stub our toe against the same stone. It's not easy to change the system, but it needs to be changed or we will finish destroying our planet, while leaving the most impoverished to die from others' success.

Life continues on a warm and sleepy Sunday afternoon. 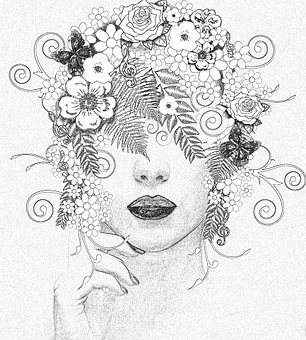