I have changed the subheading, again. The tsunami of contagion within this pandemic seems over, though the level ground is gradually ascending, slowly but surely. Hopefully, vaccinations will get going, and the ascent will not be as steep as the tip of the tsunami wave in January was. Hopefully.

This is the day of the let-down. The day before, the marvelous drive. Yesterday, life as usual. Today, Sunday. Easter Sunday, but still, Sunday. I'm a little bit at a loss today on what to focus. I've had various reminders, such as that today is the anniversary of Dr. Martin Luther King, Jr.'s assassination, when he went to rally striking sanitation workers in Memphis, Tennessee. Or that, a hundred fifty years ago, the commune of Paris was in full swing, guaranteeing workers a ten hour work day, separation of church and state, abolition of the death penalty, granting of pensions to widows and unmarried companions, and other socialist attempts at making life a little bit better for the working poor.

Tomorrow I plan to take my day off. I really should avoid cities and towns, but I think I'll at least pass through Tui, and look longingly at the opposite bank, where Portugal sits. Maybe in June I'll be able to go farther afield. Though, something tells me I still won't have had my first shot by then, and that I'll probably be staying home.

The vaccine fiasco makes me mad. Not even those who would benefit the most, the elderly 80 and up, are all vaccinated. Other countries are making leaps and bounds. Chile in Latin America is going way ahead of schedule; so is the United States now. Britain will be well along the road to full vaccination by summer. Yet, Spain has only vaccinated maybe ten percent of its population of almost forty-eight million.

My husband went fishing early this morning. They were a group of four in one car, with masks on, which was the limit earlier this month. After they got home, I told him that they shouldn't have done that, because during Holy Week, cars cannot be shared with people who don't live with you except for good reasons, and fishing isn't one of them. He was, "Really? That's why that Guardia Civil was looking at us." We just saved ourselves from a €600 fine, and so did his three companions.

I understand that sometimes the rules have to be changed according to how bad or good the contagion is, but it's dizzying just trying to keep up with the latest rules. In the town I'm in, can I sit inside a café? Can I stand at the counter? Can I get together with six friends? Can I go to this town? Is the movie theater open? How about the library? Can I visit the local museum in this town? I think not even government officials really know.

And that leads to the picaresque. In Sanxenxo this week, someone from Logroño was stopped, and asked to present papers saying he could be in Galicia, since the regions are all closed. He presented a paper from a company saying that he had to appear for a consult to the company in the town of "Sanxenso." The Guardia Civil grew suspicious, and upon calling the company, learned no one there had ever heard of the man. Lord, at least learn to spell "Sanxenxo" correctly.

A whole slew of other folk were told in Raxó to leave their vacational residences and head back home. Many tourists from out of the region came here under the radar. Some have been ratted out by neighbors, sick of their flouting of the rules that are there for everybody. Of course, I doubt Froilan and Victoria, the King's nephew and niece, will ever see a fine for their trip to Marbella this weekend. There really are two sets of rules for Spaniards, depending on what your name and income is. 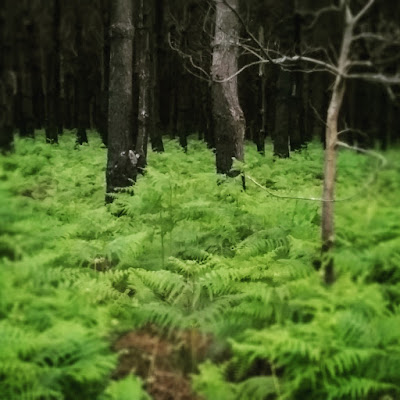