Level Ground, 16. From a Position of Ignorance.

Outside of Spain or Latin America, perhaps the singer Miguel Bosé is not that well known. He is the son of Italian actress Lucía Bosé, and Spanish bullfighter Luís Dominguín. Bosé helped define the years of the movida, the throbbing Madrid night scene of the eighties, when Spanish youth de-corseted themselves from the past forty years of greyness and imposition. To my generation he is, along with Alaska, Tino Casal, Mecano, and Los Secretos, one of the music idols that defined our youth.

That was the past. In the intervening years, along with good music, also came drugs, scandals, illness, loss of voice, and now, perhaps as a result of all that, conspiracy theorizing. He was interviewed the last two weeks by Jordi Évole, a reporter that is known for flashy journalism. Last night was the second half of the interview, which I have been watching online.

Just over ten minutes into the interview, Bosé begins flying into Bill Gates, and the foundations he and Melinda set up to help fight against the pandemic, and develop and promote vaccines. He calls the members of the Davos Forum psychopaths, and the entire pandemic a fraud. Bosé claims he has more knowledge than anyone else about it because he has access to thousands of public documents. He continues, saying that the house of cards will fall and that thousands of politicians, doctors, and researchers would be swept away with it. Sigh.

He goes on, saying that he is in possession of the truth, and that it has been hidden on purpose, that there has been no debate, on purpose. He even asks Évole if Évole has ever seen the virus. (This question, along with his constant sniffs, makes me wonder if his drug habits might not still be with him.) Questioned about how his posture is similar to Trump or Bolsonaro, he blows up, saying that he is against the system. It doesn't matter if a politician is right, left, center, or anything, that politician is part of the system, and it will be destroyed. The destruction will begin as soon as this fraud falls, which cannot hold by its own weight, and will be shown for the fraud it is. After this is cleared out of the way, the new world will begin to be built, little by little. (Hey, the system is kind of rotten, yeah, but there are germs of good in it which need to be built up. What he is proposing is anarchy, which is an impossible utopia, and will never come about.)

When shown a clip of himself calling for a vaccine to be developed against AIDS, he laughs, and says that now, he wouldn't ask for a vaccine, but for a cure. He says that in all the research he's done, vaccines are not the answer to anything. The worst problem, according to Bosé, is the politicization of medicine, and the twisting of it to serve the psychopaths of Davos. (I don't like the Davos Forum, either, because it exemplifies the one percent managing the ninety-nine percent according to their whim, but, tying it up with a "fraudulent" pandemic to gain total control of the world is a conspiracy twaddle.)

Towards the end, Évole tries to make a connection to speak with a scientist (he never says expert in what field, but I think we all can come to the conclusion that it's in health), and Bosé stops him, saying that he will not talk with an expert in science because he himself is not an expert, and doesn't know the entire truth, contradicting his earlier claims. Instead, he states that his expertise is exclusively in music. But that is because Bosé knows that he can hold his own only against Évole, a non-expert in science. He knows that he can't defend his argument against the doctor, virologist, or whatever expert would have been on that screen. That expert would have knocked down Bosé's assertions word by word, and Bosé would have come out looking the fool he is.

In my opinion, this interview is not journalism; it's entertainment news. It's news about an entertainer whose star has been declining for a long time, and whose critical thinking has been affected by many things in his life. Real journalism would be interviewing those who developed the technology of the new mRNA vaccine, which has been going on for more years than many believe, or those who attempt to trace the origins of scourges such as Covid, or AIDS. Miguel Bosé, in this interview, comes across as a paranoid old man (he's 65, but he looks and sounds like he's at least ten years older) whose belief that he possesses the complete "truth" and that, because of that, people are out to destroy him, is redolent of a person desperate for recognition. It's a show of extreme ignorance on his part.

Should a journalist ask the opinion of an ignorant person, merely because that person is famous, and his opinion controversially ignorant? Once upon a time, journalism was about finding out the truth and making it public. Interviewing an important politician, scientist, banker, about things they work on and which they are expert in, is journalism. Asking a famous person his opinion about something not within his ken, is not. Sorry, Jordi Évole, you are becoming as yellow as William Hearst. 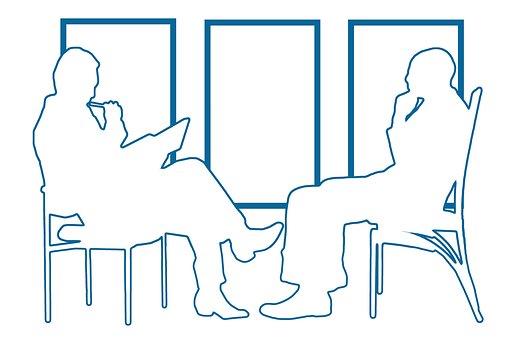