Yesterday, the wood chopper was all ours, as we tackled the mountain of logs in front of our house. The mountain has now gone down on one side, to rise on the other, this last being the chopped wood that will dry out before we stack it away for next winter.

My husband and brother-in-law were the ones doing the heavy work of pushing the cut-up logs through the chopper. My daughter controlled the chopper, though I took over for a while before doing the shopping. It becomes hypnotic: push, pull back, adjust for length, push, pull back, adjust for length, etc. From time to time, when the engine threatens to quit because the log is too dense, it's a question of pulling back a fraction to push forward another fraction. That continues until the chopper is through. We haven't finished, though, and at some further point we will have to rent the chopper again.

This week, divers harvesting sea urchins found three cannons underwater off the coast of Corrubedo, straight west of here. A rescue operation was set up by the government, and two were brought to the surface. Apparently, there was also an anchor and some cannon balls. The third cannon disappeared between its discovery and the rescue operation. I don't think the new owner will turn it in. In fact, someone just might spot it in the garden of a new millionnaire some day.

The cannons, from a stamp on them, seem to date from the sixteenth century, and could belong to a ship of the second Invincible Armada, most of which was sunk off the coast of Galicia during a strong storm, in October of 1596. That month is the beginning of gale weather on our coast, with generally one storm after another coming in off the Atlantic, and not the most appropriate moment to sail a fleet offshore.

Most people know about the Spanish Armada, a fleet of Spanish naval ships sent to invade England and restore Catholicism, ordered by Felipe II, who had been married to Catholic Mary Tudor, Elizabeth I's older sister who died after only five years of reigning. It suffered at the hands of weather and the smaller, more agile English fleet, becoming an embarrasing defeat for Spain. But religion was never far from Felipe's mind, and he decided to send another fleet to help the small Catholic Irish kingdoms that were fighting domination by the Protestant English, in a sort of first enactment of the "troubles."

Felipe started organizing this fleet in the port of Cádiz, but the English got wind of this, and sacked Cádiz in June of 1596. After that, Felipe got in touch with the admiral Martín de Padilla, and asked him to assemble new ships, the majority of them at the port of Lisbon. (At that time, Portugal was part of Spain.) Padilla did so, and they were ready to sail to Ireland in the fall, with the bad luck of launching into the storm season of the North Atlantic.

When they finished regrouping in Ferrol, it was discovered that forty-four ships had gone down or disappeared, including two that had been carrying 30,000 ducats each, as monetary help for the Irish. After that, the objectives changed, and from sending help to Ireland, it became another fleet to conquer England, again. Finally, all the surviving ships arrived at Brest, in Brittany, where Spain was also helping to wage a war against the Huguenots. England was never conquered, and Ireland fell to England, from which it finally won independence a hundred years ago, with a section of the isle still in British hands.

Some of the missing ships have been found over the years, and now it seems another one has been discovered. Of course, the smaller treasures it carried have probably made their way by now into private hands, and will never return to public museums, since it seems to have gone down quite close to land.

There are still many treasures to be found along our coast and buried in our fields. 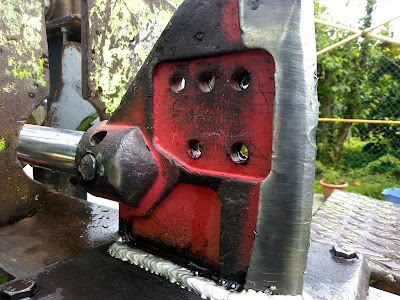