It was a Monday afternoon in April. It had been market day, and many people from surrounding villages were in town, some buying, others selling. The animal market was doing good business, with cattle, sheep, and smaller animals being traded. New potatoes were for sale, along with plantlings for kitchen gardens. Around four thirty, the market had been wrapping up, people dispersing, when the church bells began to ring.

People looked up, wondering if there was a fire. From the west, the sound of motors could be heard, and the first planes appeared. With the dull, ripping sound of the first bomb falling, people began screaming, pushing, and running for the nearest air shelters they could find, some of those still under construction, and without ventilation systems. Others started running for the roads out of town, as the bombs cris-crossed the town of Gernika, over and over again. 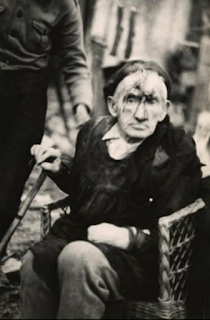 As the fires from the incendiary bombs raged, those that could, ran for the hills outside town. As some planes dropped their death on the town, others flew low over the road, machine-gunning the people as they ran for shelter, indiscriminately. For three hours, the bombing and the machine-gunning did their best to destroy the town and its people. Those that made it to the hills, looked down as their town burned to the ground, people trapped, dead and dying in its ruins. The irony was that the sacred oak of the Basque people survived, as did an armament factory outside the town.

But the attack eighty-four years ago today on Gernika, considered the first aerial attack to purposely cause widespread devastation of a city, was not done for strategic war reasons. It was done so that the German Luftwaffe could try out their power of destruction in a controlled setting, before unleashing that same destruction on so many other European cities a few years later. Spain's civil war gave Goering the chance to do that, as Franco went along with it with no compunction. The pesky Basques had been giving his troops trouble and deserved to be wiped out, in his mind, especially the town that embodied all their rights and privileges.

The human toll was high. The toll of the pain of seeing one's loved ones die, of seeing one's life go up in flames, of rebuilding without any help, of being told it was their fault. After the war, Franco and his friends claimed that the "marxist" Republicans, upon learning of the planes coming in, set the town alight themselves, as they evacuated. The official death count was around a hundred fifty dead. The real death count may never be known, though some estimate it could be as much as 2,000, out of about 10,000 people in town that day. Those who survived and returned had to rebuild without any help from Franco's government after the war, which used Republican prisoners to only rebuild some of the official government buildings, and to clean the streets.

How short memories are. Or how short some want them to be. The regional elections in Madrid are becoming tense and terse between one side and the other. Apart from manipulating a meeting to make it look like they were being heavily attacked, Vox leaders have called into doubt threats made to the leader of Unidas Podemos, Pablo Iglesias, the Minister of the Interior, and the director of the Guardia Civil. These three people received threats against them and their families, along with bullets used in military weapons. The origin of the bullets points to someone within military circles, possibly in active service. Today, the Minister of Industry received a threatening letter with a bloody knife blade.

Yet, Vox leader, Rocío Monasterio, called into question the first threats, intimating that Pablo Iglesias had made them up himself. When she did that, she was in a radio station, along with Iglesias and various other party leaders, readying for a debate. Iglesias got up and walked out, saying that there could be no debate with someone who would call into question a threat of violence. Yet, just a week earlier, Abascal, the leader of Vox, was calling for the prosecution of one or two people who threw a stone at them at a meeting. It seems that, unless it's directed at them, for Vox, it's not violence.

The far right has morphed into a modern neo-fascist front, which would resuscitate the dictatorship. The problem is how many people believe their drivel. They are a danger to everyone, whether on a local or national level. The term fascist has been so overused, to describe people and conditions which have nothing to do with what true fascism is, that it no longer means much. These who have been doing the threats, both publicly and cowardly, are the true fascists. These are the ones that, 84 years ago, would have applauded the bombing of Gernika, saying the Basques had brought it on themselves. These are the ones that must not enter into power of any kind, ever again. 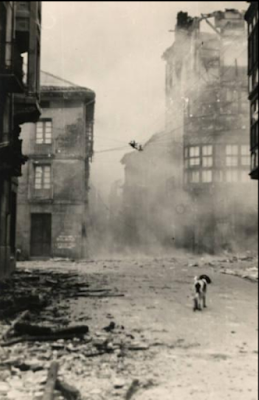